Commentary on the Gospel: The Rich Man and Lazarus

Gospel for the 26th Sunday in Ordinary Time (Cycle C), and commentary. 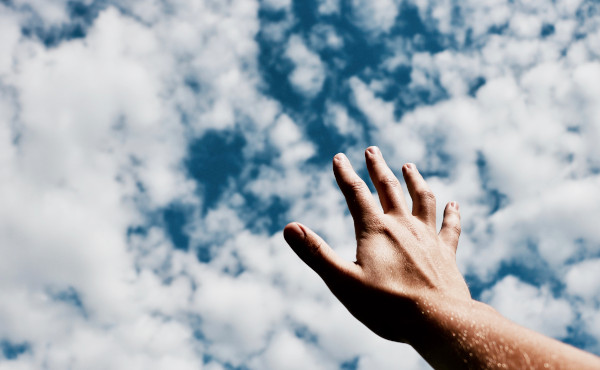 At that time Jesus said to the Pharisees:

“There was a rich man, who was clothed in purple and fine linen and who feasted sumptuously every day. And at his gate lay a poor man named Lazarus, full of sores, who desired to be fed with what fell from the rich man’s table; moreover the dogs came and licked his sores. The poor man died and was carried by the angels to Abraham’s bosom. The rich man also died and was buried; and in Hades, being in torment, he lifted up his eyes, and saw Abraham far off and Lazarus in his bosom. And he called out, ‘Father Abraham, have mercy upon me, and send Lazarus to dip the end of his finger in water and cool my tongue; for I am in anguish in this flame.’

But Abraham said, ‘Son, remember that you in your lifetime received your good things, and Lazarus in like manner evil things; but now he is comforted here, and you are in anguish. And besides all this, between us and you a great chasm has been fixed, in order that those who would pass from here to you may not be able, and none may cross from there to us.’ And he said, ‘Then I beg you, father, to send him to my father’s house, for I have five brothers, so that he may warn them, lest they also come into this place of torment.’ But Abraham said, ‘They have Moses and the prophets; let them hear them.’ And he said, ‘No, father Abraham; but if some one goes to them from the dead, they will repent.’ He said to him, ‘If they do not hear Moses and the prophets, neither will they be convinced if some one should rise from the dead.’”

This Sunday we are presented with the famous parable of the rich man and Lazarus. In a previous verse, Luke tells us that Jesus was addressing “lovers of money,” who “scoffed at him” (v. 14). The story has multiple layers of meaning, but today we can reflect on a few points of its message.

The first thing that strikes us is that the rich man doesn’t have a name. Rather he has immense riches that enable him to give splendid banquets each day. He also wears expensive clothes that highlight his social position and wealth. Purple was a costly and long-lasting dye produced from sea snails, and the best linen used to come directly from Egypt. This was the royal clothing worn by monarchs. In a certain sense, the rich man represents anonymously all wealthy persons and societies.

But the poor man in the parable does have a name. He is a specific person for Jesus, who calls him very appropriately “Lazarus,” the Greek form of the Hebrew name “Eleazar,” which means “God has helped.” Lazarus represents every person who is needy or who suffers unjustly. He also recalls for us Lazarus from Bethany, the sick friend of Jesus who he raised from the dead, as Saint John tells us, and who the Sanhedrin wanted to kill (cf. Jn 11).

Jesus employs some well-known concepts from the Judaism of his time to explain the final destiny of the rich man and Lazarus. The narrative’s main concern doesn’t seem to be to describe the future world but to underline two things: the immortality of the soul and the just divine retribution for all our actions. The rich man ends up badly and is condemned to Hades. Suffering greatly he asks Abraham to warn his brothers of the punishment awaiting them by sending a clearer message than simply the Scriptures.

In fact, the rich man had been unable to see the very visible sign that God had placed right in front of his door each day: the sick and hungry poor man who only the dogs approached to lick his wounds. Hence the rich man deserved to be punished. As Saint John Chrysostom says, “he wasn’t suffering torment because he had been rich, but because he hadn’t been merciful.”[1] Jesus thus highlights the danger that threatens everyone, and especially those who possess abundant material goods: indifference towards their fellow men and women and towards those who are suffering. This danger especially affects what Pope Francis has described as a “throw-away culture.”[2]

The parable encourages us to live in a personal and collective way the works of mercy. To the extent of our possibilities, we need to strive to remedy human indigence, which “extends not only to material poverty but also to the many forms of cultural and religious poverty.”[3] Saint Gregory the Great insists: “When we give to the poor what is essential for them, we are not doing them a personal favor, but rather restoring to them what is theirs. More than an act of charity, we are fulfilling a duty of justice.”[4]

Moreover, those who are suffering in this world are in danger of losing trust in God, who seems not to hear them and who lets the cynical and powerful triumph. Lazarus’ eloquent and trusting silence invites us to be faithful and to trust in God. The example of Lazarus (“God has helped”) leads us to pray for others and to grow in patience, which “moves us to be understanding with others, for we are convinced that souls, like good wine, improve with time.”[5]