Commentary on the Gospel: Lying in a Manger

Gospel for the Solemnity of Mary, Mother of God (Cycle A), and commentary. 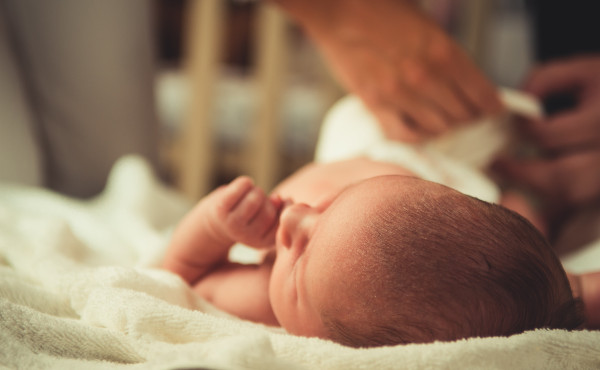 And they went with haste, and found Mary and Joseph, and the baby lying in a manger. And when they saw it, they made known the saying that had been told them concerning this child; and all who heard it wondered at what the shepherds told them. But Mary kept all these things, pondering them in her heart. And the shepherds returned, glorifying and praising God for all they had heard and seen, as it had been told them.

And at the end of eight days, when he was circumcised, he was called Jesus, the name given by the angel before he was conceived in the womb.

Today the Church celebrates the mystery of Mary’s divine motherhood. Saint Luke’s account makes clear that the Son of God, on becoming man, became like us a baby in need of a mother to engender and care for Him. As Saint Josemaria said: “Through the Incarnation of Our Lord in her immaculate womb, Mary, the Daughter of God the Father, is also the Spouse of God the Holy Spirit and the Mother of God the Son … The divine Motherhood of Mary is the source of all the perfections and privileges with which she is endowed ... There is no danger of exaggerating. We can never hope to fathom this inexpressible mystery; nor will we ever be able to give sufficient thanks to our Mother for bringing us into such intimacy with the Blessed Trinity.”[1]

The extreme poverty in which Jesus is born is reflected in the Greek term phatné or manger (v.16), a trough where cattle feed. Hence Christian tradition has often placed a donkey and ox in this scene, which becomes a stable or cave where animals are kept. The angel had revealed to the shepherds that the sign of the Savior who is born would be finding the baby lying in a poor manger.

Jesus is born among shepherds, simple and upright people, God’s favorites in Sacred Scripture: Abel, Moses and David were all shepherds; and God reveals Himself to his people as a good shepherd who cares for his sheep (cf. Ezek 34:15; Jn 10). Saint Luke presents the shepherds as a model of an ardent and overflowing faith. They go with haste to see the Child Jesus and Mary and Joseph, and glorify and praise God. And they make known the angels’ message and the marvels they have seen to everyone around them, sharing their joy with others. Pope Francis urged us to contemplate “the mystery we celebrate today, which gives rise to boundless amazement: God has become one with humanity forever. God and man, always together, that is the good news of this new year. God is no distant lord, dwelling in splendid isolation above the heavens, but love incarnate, born like us of a Mother, in order to be a brother to each of us, to be close to us: the God of closeness. He rests on the lap of his Mother, who is also our Mother, and from there he pours out upon humanity a new tenderness.”[2]

Saint Luke presents Mary as a marvelous model for contemplating the mystery of Jesus’ Birth (v. 19). As Benedict XVI once said: “Mary treasures in her heart the words that come from God and, piecing them together as in a mosaic, learns to understand them. Let us too, at her school, learn to become attentive and docile disciples of the Lord. With her motherly help, let us commit ourselves to working enthusiastically in the ‘workshop’ of peace, following Christ, the Prince of Peace. Following Mary’s example, may we let ourselves be guided always and only by Jesus Christ, who is the same yesterday, today, and for ever! (Heb 13: 8).”[3]

The rite of circumcision and the naming of a child usually took place at home. In Saint Luke’s account, in Jesus’ case it must have taken place in Bethlehem. Mary and Joseph obeyed the angel and gave the Child the name Jesus, which in Hebrew means “God saves.” The Child thus was seen as the son of both of them and a member of the Chosen People.