Commentary on the Gospel: “Let him take up his cross and follow me”

Gospel for the 22nd Sunday in Ordinary Time (Cycle A), and commentary. 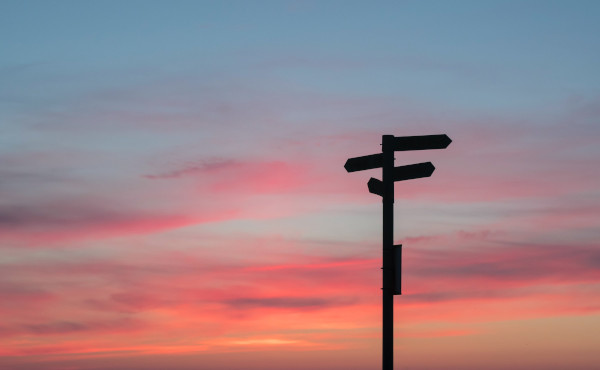 From that time Jesus began to show his disciples that he must go to Jerusalem and suffer many things from the elders and chief priests and scribes, and be killed, and on the third day be raised. And Peter took him and began to rebuke him, saying, “God forbid, Lord! This shall never happen to you.”

But he turned and said to Peter, “Get behind me, Satan! You are a hindrance to me; for you are not on the side of God, but of men.”

Then Jesus told his disciples, “If anyone would come after me, let him deny himself and take up his cross and follow me. For whoever would save his life will lose it, and whoever loses his life for my sake will find it. For what will it profit a man, if he gains the whole world and forfeits his life? Or what shall a man give in return for his life? For the Son of man is to come with his angels in the glory of his Father, and then he will repay every man for what he has done.”

This Gospel passage comes right after Jesus’ dialogue with his disciples that we read last Sunday. When Jesus asks his disciples “But who do you say that I am?” (Mt 16:15), Peter, after a brief silence, replies “You are the Christ, the Son of the living God” (Mt 16:16). This statement was solemnly confirmed by the Master, who ordered them not to tell anyone that he is the Christ (cf. Mt 16:20).

The Apostles would have been impressed by how clearly Jesus confirmed Peter’s reply that their Master was the long-awaited Messiah, the descendent of David who would come to reign forever, freeing his people from all oppression. Perhaps they thought, as did their contemporaries, that the Messiah’s kingdom would be a glorious succession of triumphs. Therefore Jesus immediately brings them down to reality by speaking to them about his future plans, which would follow a far different path than what they imagined. He tells them “that he must go to Jerusalem and suffer many things from the elders and chief priests and scribes, and be killed, and on the third day be raised” (v. 21).

Also now it is Peter who speaks up to express what the others are not bold enough to say: “God forbid, Lord! This shall never happen to you” (v. 22). Jesus responds with very harsh words: “But he turned and said to Peter, ‘Get behind me, Satan! You are a hindrance to me; for you are not on the side of God, but of men’” (v. 23).

Jesus is on the way to the Cross and invites his disciples to follow him: “If anyone would come after me, let him deny himself and take up his cross and follow me” (v. 24). Against all human calculations, the Cross does not imply misfortune, a humiliation to be avoided, but rather the opportunity to accompany Jesus in his victory. In God’s logic, the path that leads to a glorious triumph over sin and death passes through the Passion and the Cross.

Saint Josemaria once recalled the dream of an author from the golden age of Spanish literature. “The writer sees two roads opening up before him. One of them is broad and smooth, easy to travel, with many comfortable inns, taverns and other places of beauty and delight.” But it ends in slavery to envy, gluttony and sensuality, squandering both one’s earthly and eternal happiness. “In that dream there is another path which goes in a different direction. It is so steep and narrow that the travelers who take it cannot go on horseback. All who take it must go on foot, perhaps having to zigzag from side to side, but they move steadily on, treading on thorns and briars, picking their way round rocks and boulders. At times their clothing gets torn, and even their flesh. But at the end of this road a garden of paradise awaits them, eternal happiness, Heaven. This is the way taken by holy people, who humble themselves and who, out of love for Jesus, gladly sacrifice themselves for others. It is the path of those who are not afraid of an uphill climb, who bear the Cross lovingly, no matter how heavy it may be, because they know that if they fall under its weight they can still get up and continue their ascent. Christ is the strength of these travelers.”[1]

Every person is seeking happiness. But happiness is not attained by always being led by what is most comfortable and attractive. Rather it is attained by a loving self-giving, even when it requires great sacrifice. “To be happy, what you need is not an easy life but a heart in love.”[2] “That is why I like to ask Jesus, for myself, ‘Lord, no day without a cross!’ Then, through God’s grace, our characters will grow strong and we will become a support for our God, over and above our own wretchedness.”[3]