On Saturday, the Prelate had a get-together with young ladies at Pearlcrest Hospitality Training Institute, Entebbe. 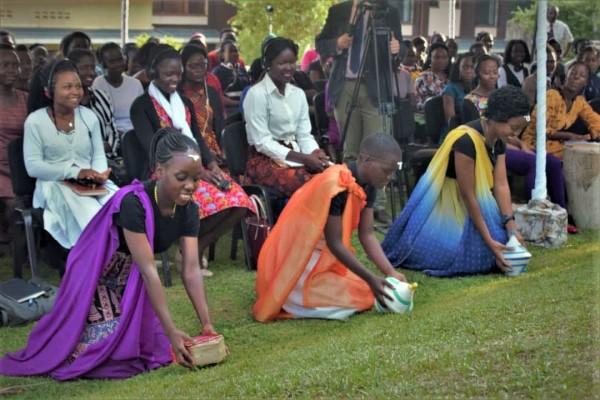 The Father was received with great rejoicing and singing at at Pearlcrest Hospitality Training Institute. He started off by encouraging them to be constantly joyful as a consequence of the infinite Love of Our Lord for us. Commenting on the Advent season, he reminded them to identify themselves with Christ, who became little for our sake, by being simple in prayer, and in their dealings with the others.

The Father received a gorilla trekking permit for permanent residents from Cathy. All burst into applause when he happily read out the term, ‘permanent resident!’. Montse, a convert from Islam, asked the Father why God did not take away our freedom to avoid our offending Him. The Father explained that if He did so, we would cease to be human, and affirmed that our freedom was given to love and not to do evil. 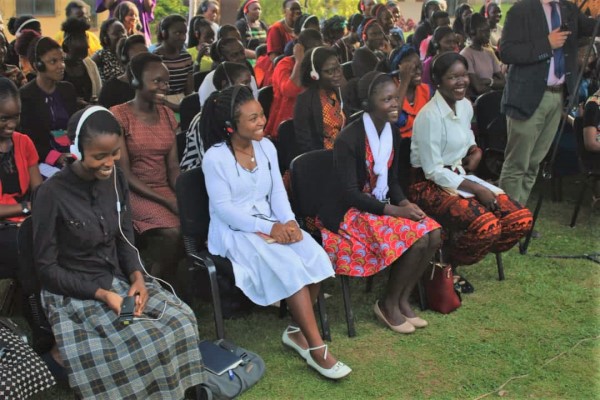 Yvonne, Juliana and Angela presented a Kinyarwanda dance with baskets. In line with the recent Apostolic Letter of the Holy Father, they gave him a gift of a Nativity scene made of wood and banana fibre.

In response to the question of Bridget about how to live the virtue of holy purity in an environment influenced by traditions, the Father jokingly commenting that she knew the answer already, encouraged her to count on the help of God in her struggle and never to give up. He advised her to have recourse to the sacrament of Confession and to imitate St. Josemaria in saying three Hail Mary’s for holy purity before going to bed. 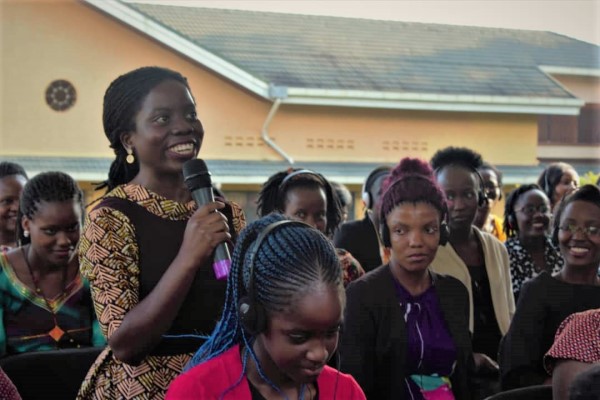 Other questions raised gave the Father an opportunity to comment on various topics. He explained that vocation is a gift from God and as such, a great good. He reiterated the importance of making an effort to pray and to convert the distractions which may arise into prayer by speaking to our Lord about them. He answered Maria’s question about helping friends who doubt the teachings of the Church, by pointing out that Jesus Christ, who never makes mistakes, is present in the Church and in the Eucharist. He then urged them to continue to support the Holy Father with their prayer. All were delighted when he gave the blessing in English. Joyful song and dance accompanied him as he was led out to plant a tree in the garden. 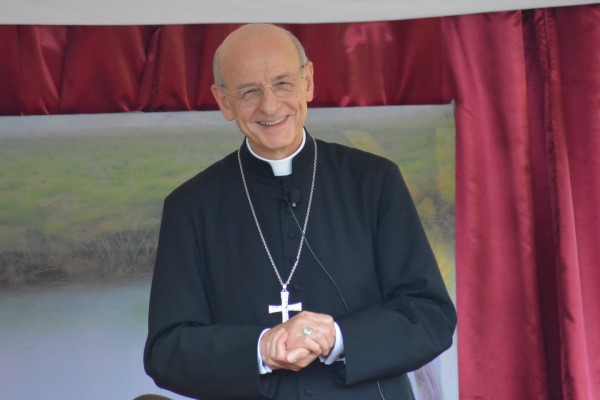