Commentary on the Gospel: Presentation of the Lord

Gospel for the Feast of the Presentation of the Lord (Cycle A), and commentary. 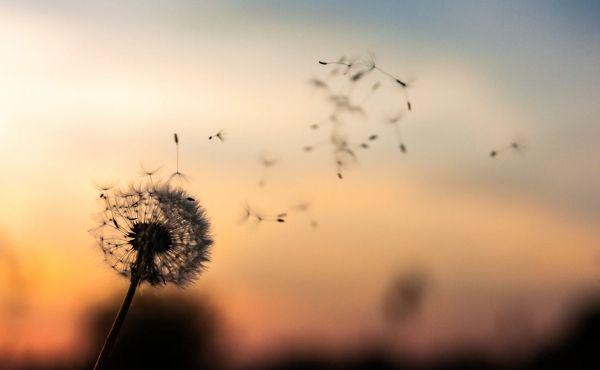 Now there was a man in Jerusalem, whose name was Simeon, and this man was righteous and devout, looking for the consolation of Israel, and the Holy Spirit was upon him. And it had been revealed to him by the Holy Spirit that he should not see death before he had seen the Lord’s Christ. And inspired by the Spirit he came into the temple; and when the parents brought in the child Jesus, to do for him according to the custom of the law, he took him up in his arms and blessed God and said,

“Lord, now lettest thou thy servant depart in peace,
according to thy word;
for mine eyes have seen thy salvation
which thou hast prepared in the presence of all peoples,
a light for revelation to the Gentiles,
and for glory to thy people Israel.”

And his father and his mother marveled at what was said about him; and Simeon blessed them and said to Mary his mother,

“Behold, this child is set for the fall and rising of many in Israel,
and for a sign that is spoken against
(and a sword will pierce through your own soul also),
that thoughts out of many hearts may be revealed.”

And there was a prophetess, Anna, the daughter of Phanuel, of the tribe of Asher; she was of a great age, having lived with her husband seven years from her virginity, and as a widow till she was eighty-four. She did not depart from the temple, worshiping with fasting and prayer night and day. And coming up at that very hour she gave thanks to God, and spoke of him to all who were looking for the redemption of Jerusalem.

And when they had performed everything according to the law of the Lord, they returned into Galilee, to their own city, Nazareth. And the child grew and became strong, filled with wisdom; and the favor of God was upon him.

The Gospel for this 4th Sunday of Ordinary Time is that the Feast of the Presentation of the Lord, which is celebrated on February 2nd. Saint Luke tells us that Mary and Joseph went up to the Temple of Jerusalem “when the time came for their purification.” According to certain prescriptions of the Law of Moses (cf. Lev 12:1-8), when an Israelite woman gave birth to a male child, at the end of 40 days she should present herself in the Temple to carry out a ceremony of ritual purification. The ceremony included two offerings for sacrifice. If the family did not have sufficient means to buy a lamb, it could offer a pair of turtle doves or pigeons.

The Holy Family also goes to the Temple to present the Child to the Lord. The Law of Moses stipulated that every first-born male of Israel belonged to God: “in the land of Egypt, I consecrated for my own all the first-born in Israel, both of man and of beast; they shall be mine” (Num 3:13). Thus it was necessary to present this child to the Lord and pay a redemption price (cf. Ex 13:1-13) of “five shekels in silver” (Num 18:16).

Even though Jesus is the Son of God incarnate and his birth is virginal, Mary and Joseph fulfil all the prescriptions of the Law with reverence and docility. To their surprise (cf. v. 33), Simeon declares that these events contain a deep meaning. His words concerning the Child and his Mother are cloaked in mystery. The Child the elderly man takes in his hands is the salvation of God incarnate (hence the name they give him is Jesus, "God saves"). A salvation that will be light for the gentiles and glory for Israel.

Simeon makes two prophecies about Jesus and Mary. The Child he says will be “a sign that is spoken against.” The Incarnation of the Son of God is a sign that demands of each person a response, a commitment. And Simeon says that a sword will pierce Mary’s soul. According to Bede the Venerable, Simeon was “referring to our Lady’s sorrow over the Passion of our Lord. Even though Christ died of his own will (as the Son of God) and she never doubted that he would conquer death, nevertheless she could not see the Son of her womb crucified without immense sorrow.”[1]

The Catechism of the Catholic Church sums up the mystery of this scene: “The presentation of Jesus in the temple shows him to be the firstborn Son who belongs to the Lord. With Simeon and Anna, all Israel awaits its encounter with the Savior—the name given to this event in the Byzantine tradition. Jesus is recognized as the long-expected Messiah, the ‘light to the nations’ and the ‘glory of Israel,’ but also ‘a sign that is spoken against.’ The sword of sorrow predicted for Mary announces Christ’s perfect and unique oblation on the cross that will impart the salvation God had ‘prepared in the presence of all peoples.’”[2]

Saint Josemaria invited us to meditate on the gospel passage of the Presentation by putting ourselves personally into the scene: “This time it will be you, my friend, who carries the cage with the doves. Just think: she—Mary Immaculate!—submits to the Law as if she were defiled.
Through this example, foolish child, won’t you learn to fulfil the holy Law of God, regardless of any personal sacrifice?

“Purification! You and I certainly do need purification. Atonement and, more than atonement, Love. Love as a searing iron to cauterize our soul’s uncleanness, and as a fire to kindle with divine flames the wretchedness of our hearts.”[3]