Commentary on the Gospel: “I send you out”

Gospel for the 14th week of Ordinary Time (Cycle C), and commentary. 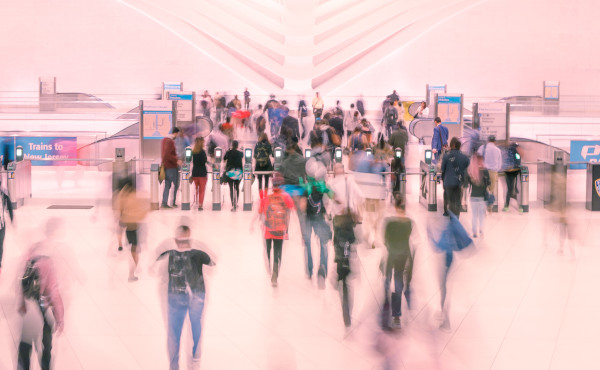 After this the Lord appointed seventy-two others, and sent them on ahead of him, two by two, into every town and place where he himself was about to go. And he said to them,

“The harvest is plentiful, but the laborers are few; pray therefore the Lord of the harvest to send out laborers into his harvest. Go your way; behold, I send you out as lambs in the midst of wolves. Carry no purse, no bag, no sandals; and salute no one on the road. Whatever house you enter, first say, ‘Peace be to this house!’ And if a son of peace is there, your peace shall rest upon him; but if not, it shall return to you. And remain in the same house, eating and drinking what they provide, for the laborer deserves his wages; do not go from house to house. Whenever you enter a town and they receive you, eat what is set before you; heal the sick in it and say to them, ‘The kingdom of God has come near to you.’ But whenever you enter a town and they do not receive you, go into its streets and say, ‘Even the dust of your town that clings to our feet, we wipe off against you; nevertheless know this, that the kingdom of God has come near.’ I tell you, it shall be more tolerable on that day for Sodom than for that town."

The seventy-two returned with joy, saying, “Lord, even the demons are subject to us in your name!”

And he said to them, “I saw Satan fall like lightning from heaven. Behold, I have given you authority to tread upon serpents and scorpions, and over all the power of the enemy; and nothing shall hurt you. Nevertheless do not rejoice in this, that the spirits are subject to you; but rejoice that your names are written in heaven.”

Jesus proclaimed the Kingdom of God right from the beginning with the assistance of men. Luke, the Evangelist to the Gentiles, recounts that after sending out the twelve, representing of the tribes of Israel, “the Lord appointed seventy-two others, and sent them on ahead of him … into every town and place where he himself was about to go.” The number seventy-two perhaps alludes “to the families of the sons of Noah,” from whom, as the book of Genesis tell us, “the nations spread abroad on the earth after the flood” (Gen 10:32). This missionary sending forth “into every town and place” signifies the universality of those to whom the good news is addressed and also of those who ought to make it known.

We don’t know who the seventy-two disciples were. In fact, there would have been many people who shared Jesus’ friendship and confidence, and who offered their lives to work for the Master, even though their names do not appear in the Gospels. Saint Josemaria loved this discreet and effective behavior, how these people acted with “simplicity, not attracting attention, not showing off, not hiding anything.”[1] He pointed to it as a characteristic proper to ordinary Christian faithful, who know they have been sent into the middle of the world to transform it, with their faith and the witness of their lives.

To make their mission effective, Jesus prepares his disciples with precise instructions that are valid for any era. First he exhorts them to pray for the number of laborers needed to work in the harvest, since it is He who chooses and sends. The disciples need to give priority to prayer in their mission, and beseech the master of souls to call and send more people.

Jesus doesn’t have a negative vision of the world. He views it not as a wasteland, but as a wheat field ready for the harvest. “The disciples might have wavered, asking one another, How can we, so few in number, convert the whole world: the simple and the sophists, the naked and the clothed, the servants and the masters,” Saint John Chrysostom comments. “And to prevent them from becoming agitated on thinking in this way, he calls it a ripe field, as though to say: everything is prepared.”[2]

Moreover, Jesus sends out the disciples “two by two,” so that they “might help one another and bear witness to their fraternal love,” Benedict XVI said. And he warns them that “they would be like ‘lambs in the midst of wolves.’ They were to be peaceful in spite of everything, and bear a message of peace in every situation.”[3]

On their return, the disciples express their joy and enthusiasm over the success of their mission: “even the demons are subject to us in your name!” The results of their efforts were based not on their personal talents but on the name of Jesus and their docility to the Master’s indications. Jesus raises the eyes of his disciples to the supernatural meaning of their joy, based not on being influential in this world but rather in the next one, where the names of those who love God are written “not with ink,” says a Church Father, “but in the memory and the grace of God.”[4]