Commentary on the Gospel: "Friend, go up higher"

Gospel for the 22nd Sunday in Ordinary Time (Cycle C), and commentary. 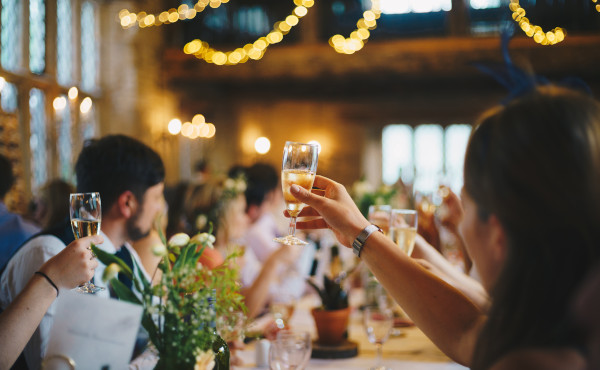 One sabbath when Jesus went to dine at the house of a ruler who belonged to the Pharisees, they were watching him.

Now he told a parable to those who were invited, when he marked how they chose the places of honor, saying to them, “When you are invited by any one to a marriage feast, do not sit down in a place of honor, lest a more eminent man than you be invited by him; and he who invited you both will come, and say to you, ‘Give place to this man,’ and then you will begin with shame to take the lowest place. But when you are invited, go and sit in the lowest place, so that when your host comes he may say to you, ‘Friend, go up higher’; then you will be honored in the presence of all who sit at table with you. For every one who exalts himself will be humbled, and he who humbles himself will be exalted.”

He said also to the man who had invited him, “When you give a dinner or a banquet, do not invite your friends or your brothers or your kinsmen or rich neighbors, lest they also invite you in return, and you be repaid. But when you give a feast, invite the poor, the maimed, the lame, the blind, and you will be blessed, because they cannot repay you. You will be repaid at the resurrection of the just.”

In the course of his public ministry, Jesus at times accepted invitations from various people to eat in their homes, including those viewed by public opinion as leading a morally doubtful life. Jesus’ openness to everyone even led some hypocrites to label him as “a glutton and a drunkard, a friend of tax collectors and sinners” (Lk 7:34). On this occasion, Jesus is received in the home of one of the leading Pharisees, where many people were watching closely what he did. But Jesus’ eagerness to save all men and women is much stronger than any concern about what people may say about him. As Saint Cyril says, “even though our Lord was aware of the Pharisees’ malice, he accepted their invitations in order to help those present there with his words and miracles.”[1]

On seeing people choosing the best seats, Jesus addresses a parable to them about a wedding banquet. At first sight, his words might seem merely human advice about social etiquette needed to make a good impression on others. But the parable contains a much deeper message about the importance of the virtue of humility, summarized in the paradoxical statement: “For every one who exalts himself will be humbled, and he who humbles himself will be exalted.”

The Church’s tradition places great stress on the fundamental role of humility in Christian life. Many Fathers of the Church are in accord with Saint Gregory’s description of this virtue as the “mother and teacher of all the virtues.”[2] Jesus helps the people see that it isn’t easy to grasp the truth about ourselves in each situation. We can easily think we are greater than what in reality we are. So Jesus advises us to see ourselves as less than others and to put ourselves in “the lowest place.”

In reality, it is Jesus who has chosen to put himself in the lowest place and who is later exalted. Benedict XVI said: “A deeper meaning of this parable also makes us think of the position of the human being in relation to God. The ‘lowest place’ can in fact represent the condition of humanity degraded by sin, a condition from which the Incarnation of the Only-Begotten Son alone can raise it. For this reason Christ himself ‘took the lowest place in the world—the Cross—and by this radical humility he redeemed us and constantly comes to our aid’ (Encyclical Deus Caritas Est, no. 35).”[3] Jesus is truly the one who put himself in the lowest place, serving all men and women with a generous self-giving even to the point of the Cross. And therefore he was exalted at the right hand of the Father. In a certain sense, it was Jesus himself who heard these words from today’s parable: “Friend, go up higher.” Hence the virtue of humility is a necessary condition if God is to exalt us. As Saint Augustine said, “it is through humility that one rises to the heights of heaven.”[4]

Finally, Jesus advises the Pharisee to act charitably towards others, another sign of humility. When he gives a banquet he should invite “the poor, the maimed, the lame, the blind”— all those who would normally be put in the lowest place. This generosity towards the humble will be rewarded by God “at the resurrection of the just.” Saint John Chrysostom assures us: “if you invite the poor, you will have God in your debt, and he never forgets.”[5] And then we too will hear the words, “Friend, go up higher.”

[4] Saint Augustine, Sermon on Humility and Fear of God.