Commentary on the Gospel: Freedom

Gospel for the 13th week of Ordinary Time (Cycle C), and commentary. 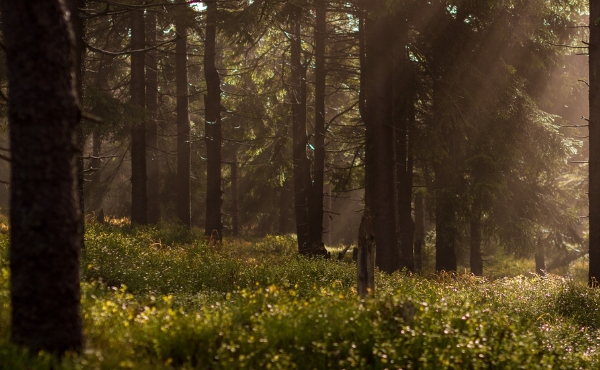 When the days drew near for him to be received up, he set his face to go to Jerusalem. And he sent messengers ahead of him, who went and entered a village of the Samaritans, to make ready for him; but the people would not receive him, because his face was set toward Jerusalem. And when his disciples James and John saw it, they said,

“Lord, do you want us to bid fire come down from heaven and consume them?”

But he turned and rebuked them. And they went on to another village.

As they were going along the road, a man said to him, “I will follow you wherever you go.”

And Jesus said to him, “Foxes have holes, and birds of the air have nests; but the Son of man has nowhere to lay his head.”

To another he said, “Follow me.” But he said, “Lord, let me first go and bury my father.” But he said to him, “Leave the dead to bury their own dead; but as for you, go and proclaim the kingdom of God.”

Another said, “I will follow you, Lord; but let me first say farewell to those at my home.” Jesus said to him, “No one who puts his hand to the plow and looks back is fit for the kingdom of God.”

The culminating moment in Jesus’ life is drawing near. “The days drew near for him to be received up,” a literal translation of the original Greek. In Hebrew, journeying to Jerusalem (and this was Jesus’ intention for the Passover) is expressed as “going up to Jerusalem.” But this phrase also has a second meaning: the time for him “to be received up” alludes to his glorious Ascension, the culmination of his earthly life. For after the sufferings of his Passion, and his glorious Resurrection, the moment will come for him to rise up to heaven to reign eternally at the right hand of the Father. Jesus knows what awaits him in Jerusalem, but with full freedom “he set his face” to confront the mission he had come to carry out: the Redemption of the human race. The path to glory passes through the Cross.

Freedom is the capacity to choose the good, making conscious decisions moved by love. Christian freedom is not arbitrariness. It is not a matter of being able to choose capriciously whatever attracts us most at a given moment, or what seems most attractive, but rather what leads to the authentic fulfilment of each person, making our own the adventure of love that God has planned for each one. As Monsignor Fernando Ocáriz stressed: “We can carry out joyfully—and not reluctantly—what we find hard, what doesn’t please us, if we do it for and with love, and therefore freely.”[1] Jesus achieved the highest point of his freedom by choosing to set out for the city where he would end up being nailed to the Cross. Also when the crowd cried out on Calvary, “If you are the Son of God, come down from the cross” (Mt 27:40), he made the free decision to stay on that gibbet in order to fulfill to the end his Father’s merciful will.

Luke narrates three episodes that, in the context of his preparations for going up to Jerusalem, show clearly Jesus’ human and supernatural capacity for drawing others, since quite different people spontaneously declare themselves willing to go with him. These persons also, making full use of their personal freedom, generously offer their lives to follow Jesus. But in these three cases, the Master makes them reflect on the importance of deciding prudently, so that there are no bonds that could limit their total dedication: neither the desire to retain at least some material goods that they may consider necessary; nor delaying the decision for some excuse, no matter how reasonable it may appear; nor the sentimental attachment to loved ones; nor the continuous questioning of their choice when they experience the fatigue of the path, looking back at what they have left behind and not at the marvelous panorama lying before them. “Even in moments when we see our limitations clearly, we can and should look at God the Father, God the Son, and God the Holy Spirit, and realize that we share in God’s own life. There is never reason to look back. The Lord is at our side. We have to be faithful and loyal; we have to face up to our obligations, and we will find in Jesus the love and the stimulus we need to understand other people’s faults and overcome our own.”[2]

Also today this lesson of freedom, total dedication, generosity and fidelity imparted by Jesus continues being timely. In a cultural context where loyalty and fidelity are hard to find, and where lip service is given to words as though commitment to the truth were irrelevant, the witness of men and women who are criticized, rejected, persecuted, and who even suffer martyrdom for staying faithful to their Christian vocation, resounds as a shout of freedom and liberation. Only those who hold fast to the truth are never slaves to any human power or bond. They preserve their freedom integrally in order to serve all their brothers and sisters.