A brief selection from a homily of Saint Augustine on the need for poverty of spirit in order to share in Christ's life. An article in the section "Fathers of the Church." 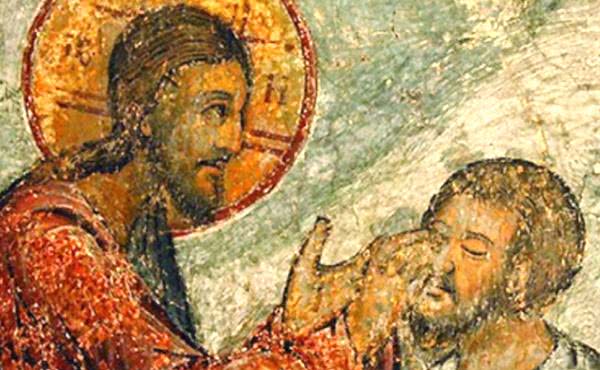 WE have sung to the Lord, and have said, To Thee is the poor man left; Thou wilt be a helper to the orphan. Let us seek to find out the orphan and the poor man; and do not be astonished at my exhorting you thus to seek out those whom we see and feel to be so plentiful. Is there any place where the poor are not, or where orphans are not to be found? Still I have to seek out both in the crowd. In the first place, brethren, we have to show you that apparent poverty is not what we are trying to find. The race of men, indeed, abounds with those who are looked upon as poor, and who are poor; who are by God’s commandment the objects of almsgiving; of whom we acknowledge the words to be written, Shut up alms in the heart of the poor, and it shall obtain help for thee from the Lord; but the poor man I have in view is to be understood in a higher sense. He belongs to the class of those of whom it is written, Blessed are the poor in spirit, for theirs is the kingdom of heaven. There are the poor who have no money, and can scarcely manage to get their daily bread, and who are so much in need of their neighbours’ substance and pity that they are not ashamed to beg. If the words, To Thee is the poor man left, apply to such as these, what will become of us who do not fall under this category? We who are Christians, are we therefore not committed to God’s care? . . .

For no vice is more to be feared than pride in these visible riches which are commonly called riches, and to which poverty, as it is ordinarily understood, is opposed. The man who has neither money nor much substance has not wherewith to be proud. If, therefore, he who has nothing to make him proud be not praised because he is not proud, let praise be given to that man who, having what might make him proud, is not proud. Why should I praise a poor man in his lowliness who has not wherewith to be proud? But who shall bear a man who is both needy and proud? Praise the rich man who is humble and who is poor in spirit. This is the sort of rich man to please the Apostle St. Paul, who says, writing to Timothy, Charge the rich of this world not to be high-minded . . . Give me wealthy Zaccheus, the prince of publicans, the penitent, who was short of stature, and shorter in his own opinion; he climbed up a tree in order to see Christ passing by, Who was to hang for him on a tree. Give me a man who will say, “The half of my goods I give to the poor.” Still, O Zaccheus, you are rich indeed! . . .

But perhaps a beggar, who is weak with neediness, covered with rags, languid with hunger, will come and say to me, “The kingdom of heaven is due to me; for I am like Lazarus, who lay at the rich man’s door covered with sores, which dogs licked, and who sought to stay his hunger with the crumbs which fell from the rich man’s table. The kingdom of heaven is for the like of us, not for those who are clothed in purple and fine linen, and who feed sumptuously every day. Let us distinguish, then, between the rich and the poor. Why do you try to put other meanings upon me? It is manifest enough who the poor are.”

I answer, “Listen, my fine beggar, to what I have to say on the point which you have raised. In calling yourself that holy beggar, covered with ulcers, I fear that pride prevents you from being what you pretend. Do not despise the rich, who are also charitable, humble, and poor in spirit. Be poor in reality, that is, humble. If you glory in your rags and ulcers because you are thus like Lazarus who lay before the rich man’s door, you are thinking of his poverty, but you are not thinking of anything else. You ask, of what else should I think? Read the Scriptures and you will see what I mean. Lazarus was poor, but the man into whose bosom he was taken up was rich. . . . Read, or, if you cannot read, listen, and you will know that Abraham was most wealthy in land, in gold, and silver, and children, and flocks of sheep, and possessions; and still he was poor, for he was humble.” . . .

You see that, though the poor are plentiful, we do well to seek the poor man. We look for him in the crowd and can scarcely find him. A poor man comes to me, and still I go on looking. In the meantime, put out your hand to the poor man whom you come across. . . . You say, “I am a beggar, like Lazarus;” my rich man, who is humble, does not say, “I am like Abraham, who was rich.” You, therefore, are exalting yourself, whilst he is humbling himself. . . . You say, “I, being a poor man, am taken up to Abraham’s bosom.” Do you not see that a rich man receives the beggar? If you look down upon those who have money, and say that they do not belong to the kingdom of heaven, whereas they may be humble and you are not, do you not fear that Abraham may say to you at your death, “ Depart from me, for you have blasphemed me”? . . .

Consider another sort of poor man. They who wish to become rich fall into temptation, and into many and foolish desires, which lead men to death and perdition. Who are these who have fallen away from the faith and entangled themselves in much sorrow? They who wish to become rich. Let me see now what the beggar has to say; let us put it to him if he does not wish to become rich; let him answer the truth. If he does wish it, he falls at once into temptation and many and foolish desires. For I speak not of possessions, but of desires . . . Why convince me that such a man has no substance, when I convince him of so much lusting after it? I put two men together. The one is rich, the other poor; but the rich man no longer desires what he has got. His riches come to him from his fathers, or from gifts and succession. Let us suppose even that he has gained his riches by sin. He has left off desiring further increase to his wealth; he has put a limit to his wishes, and is sincerely seeking after piety. “He is rich,” you say. “Yes,” I answer. But again you become an accuser and you say “ He is rich through sinful gains.” What if he should make friends of the mammon of iniquity? . . . You are without substance, but you wish to become rich, and you fall thereby into temptation. Perchance you have fallen into miserable poverty and want through the calumny of a rival, depriving you of whatever you may have received as your portion for your sustenance. I hear you groaning and accusing the bad times; you would remove if you could the cause of your groans. Do we not see these things with our eyes? Are they not of daily occurrence? . . .

Look at Him who, being rich, made Himself poor for us. All things were made by Him, and without Him nothing was made. It is a greater thing to make gold than to have it. Who is able to form a notion of His riches? How does He make Who is not made, or create Who is not created, or form Who is not formed? How does the Immutable One create mutable things, or the Eternal One that which passes away? Who can form a true conception of His riches? . . . He is conceived in the virginal womb of a woman, and is enclosed in His mother’s womb. What poverty is this! He is born in a narrow stable, and, wrapped in swaddling clothes, is laid in a manger . . . Then the Lord of heaven and earth, the Creator of the angels, the Maker and Creator of all things, visible and invisible, sucks at His mother’s breast, cries, is nourished, grows up, bears His years, and hides His majesty. Later on He is taken. He is despised, scourged, mocked, scorned, struck, crowned with thorns, hung upon a tree, pierced by a lance. Oh, what poverty! See here the Head of those poor whom I am seeking. Of Him we find the true poor to be members.