"Charity, the Hidden Meaning of Scripture"

August 28 is the memorial of Saint Augustine, one of the greatest Fathers of the Church. "Without charity the rich man is poor, and with it the poor man is rich." 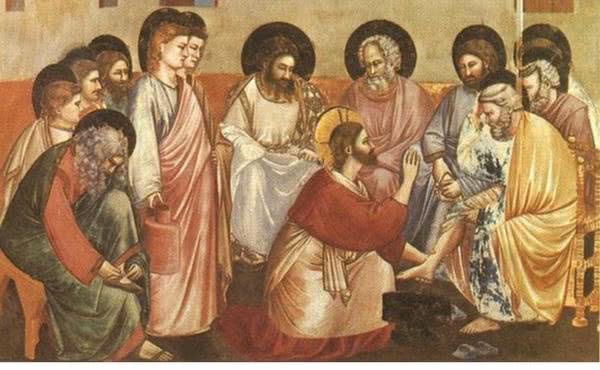 CHARITY, THE HIDDEN MEANING OF SCRIPTURE

CHARITY, by which we love God and our neighbour, is in secure possession of the divine promises in all their breadth and magnitude. The teaching of our one Heavenly Master is contained in these words, Thou shalt love the Lord thy God with thy whole heart, and with all thy strength, and all thy soul; and thou shalt love thy neighbour as thyself. In these two commandments are contained all the law and the prophets.

If, therefore, you have no time to study through every sacred page, nor to draw out the hidden meaning of the words, nor to penetrate every secret of Scripture, have at least charity, on which all things depend. In this way you will carry out what you have learnt from these pages, and even what you have not yet learnt. For if you have learnt charity, you have learnt that on which depends what perchance you have not learnt. Charity is manifest in that Scripture page which is intelligible to you, and it is hidden in the obscure page. Hence the man who practises charity in his life understands both the plain and the obscure page of the divine words.

Wherefore, brethren, cultivate charity, that sweet and efficacious bond of minds. Without it the rich man is poor, and with it the poor man is rich. Charity softens adversity and tempers prosperity; it is strong in torture, cheerful in good works, most secure in temptation, most magnificent in hospitality, most joyful amongst true brothers, most patient with the false ones. Charity made Abel's sacrifice acceptable, gave hope to Noe through the deluge, was Abraham's trust in his wanderings, caused Moses to bear injuries most meekly, and consoled David in his tribulations. The same charity which in the innocence of the three children led them to expect that the flames would be harmless, endured with fortitude in the Machabees flames which tortured. In Susanna it produced chastity towards a husband ; in Anna, chastity after a husband's death; in Mary, an absolute chastity (praeter virum). Charity was fearless in Paul to correct and humble, in Peter to obey. It is human in Christians to repent of their sins, and divine in Christ to pardon.

How great is this charity? In Scripture it is its soul, in prophecy it is its virtue, in sacraments the salvation they confer, in knowledge its foundation, in faith its fruit, to the poor their wealth, to the dying their life. What is so generous as to die for the wicked, or so kind as to love our enemies? It is charity alone which is not jealous of another’s happiness, because it has no envy. It is charity alone which takes no pride in its own happiness, because it is not puffed up. It is charity alone which suffers no torment from an evil conscience, because it deals not perversely. In revilings it is firm, in hatred it is kind; it is even-tempered in the fire of angry passions, and simple-hearted in the midst of wiles; it groans amongst sinners and revives in the atmosphere of truth.

What is stronger than charity, not at repaying injuries, but at making no account of them? What is more enduring, not for vanity, but for eternity? For because it has an unshaken faith in the promises of the future life, it tolerates all things in this present one, and suffers whatever may be sent here below because it hopes in the promises of that world hereafter. Truly charity falleth not away.

Cultivate it then, and, with it in your hearts, bring forth the fruits of justice. And whatever else, which I have not been able to express, you may find out for yourselves in praise of charity, let it be apparent in your lives . . .