Collection of documents and videos related to the Year of Faith convoked by Benedict XVI.

On October 11, in St. Peter's square, Benedict XVI opened the Year of Faith, on the 50th anniversary of Vatican II. With the Pope's homily from the Mass and video. 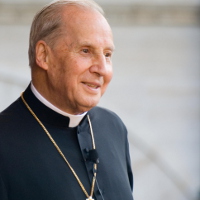 The Prelate of Opus Dei has written an extensive pastoral letter on the Year of Faith and the need to take an active role in the new evangelization.

For the Year of Faith, the Prelate of Opus Dei has established that a plenary indulgence can be gained on specific dates.

"What faith means when you're twenty"

The website is beginnng a series of videos in which young people from various countries talk about how their faith influences their daily lives. In this first video, some of them say a few words about what faith means for them.

In striving to live her faith well, "the core of all my actions has a richer vibrancy to them," says Christina Villa in this second video for the Year of Faith.

"Passing on the Faith"

The family is the forge of a child's character and personality, and where love for God takes root. A new installment in the series on the family.

An article published in "L’Osservatore Romano" on how to communicate the Christian message effectively and convincingly in the context of today's society.

"The Lay Faithful and the New Evangelization"

Msgr. Fernando Ocáriz, Vicar General of Opus Dei, reflects on the role of lay people in transmitting the Gospel message, in light of Vatican II.

Year of Faith: Prelate recommends speaking of God with joy