No Small Goals: The Life of Dr. Ernesto Cofiño

A new biography of Ernesto Cofiño, who was born on 5 June 1899 and whose cause of canonization has been opened, is now available from Scepter Publishers.

“To put some order into the memories of my life, I divide them into two great periods of unequal duration and importance. The first is 1899-1953, a long journey of preparation with uncertain goals. I was sure that there was a better way, a surer path, but not an easier one.”

These are the opening words from the new biography of Dr. Ernesto Cofiño just published by Scepter Publishers. Written by Thomas A. McDonough, it recounts the life of the well-known Guatemalan pediatrician who worked tirelessly for many years to assist sick and malnourished Mayan children while raising four children of his own with the help of his wife Clemencia. 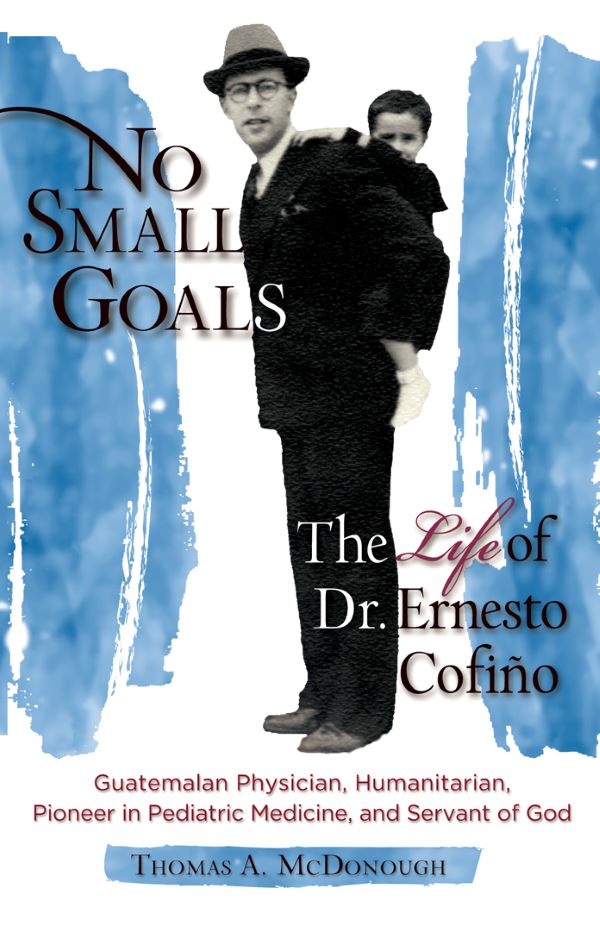 In 1954 he met a priest of Opus Dei, which had just begun its apostolic work in his homeland. The spiritual dimension that he sensed was needed in his life developed more fully in the following years, amid a cultural and political atmosphere often antagonistic to the Catholic faith.

Below is a brief excerpt describing the moment when his spiritual life took a new turn:

With Guatemala on the brink of civil war, Ernesto made an urgent trip to the United States on June 8, 1954, to visit his son, Jose Ernesto, who had been hospitalized while studying at Duke University in Durham, North Carolina.

“I left the country in troublesome moments. In anguish I left my wife and children behind.

“At Duke I found a very confusing situation. Overwork? Homesickness? Who knows. What was clear was that my son was disoriented and the diagnosis was serious.

“I was all alone. There was no one to console me. The news in the press regarding the situation in my country was more and more alarming. The anguish weighed on my heart like an iron clamp, cold and implacable.”

Ernesto decided to bring his troubles to Jesus in the Holy Mass. There were only two Catholic churches in Durham in 1954, and the Holy Cross church was the closer.

“It was plain on the outside but richly decorated on the inside. I was the only one attending Mass that day. Tears gushed from my eyes and streamed down my face. They blocked my sight. Yet, through them, I contemplated a life-size image of Christ Crucified above the altar. He seemed to want to come down from the cross to which he was nailed in order to offer me his chest and, in it, the wound from the lance, enticing me to take refuge there.

“Little by little the tears, which did not cease falling, became more refreshing and the iron clamp on my heart loosened. When the time came to receive the Body of our Lord, I was already calm. My confidence was coming back. I felt that the Lord would not abandon me. . . and so it was. My son recovered and I returned home. I returned to get to know Opus Dei and I understood clearly that the Lord had called me to it. Why? Certainly not for anything I had done.”

More information about the life of Ernesto Cofiño