Commentary on the Gospel: You are Peter

Gospel for the 21st Sunday in Ordinary Time (Cycle A), and commentary. 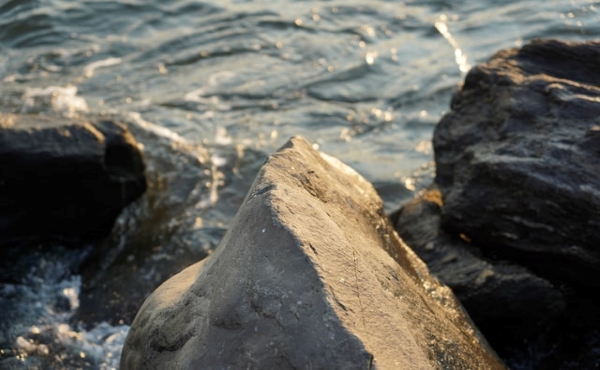 Now when Jesus came into the district of Caesarea Philippi, he asked his disciples, “Who do men say that the Son of man is?”

And they said, “Some say John the Baptist, others say Elijah, and others Jeremiah or one of the prophets.”

Simon Peter replied, “You are the Christ, the Son of the living God.”

And Jesus answered him, “Blessed are you, Simon Bar-Jona! For flesh and blood has not revealed this to you, but my Father who is in heaven. And I tell you, you are Peter, and on this rock I will build my church, and the gates of hell shall not prevail against it. I will give you the keys of the kingdom of heaven, and whatever you bind on earth shall be bound in heaven, and whatever you loose on earth shall be loosed in heaven.” Then he strictly charged the disciples to tell no one that he was the Christ.

At times in the Gospels we find the question of Jesus’ identity raised. This was a mystery which our Lord’s contemporaries couldn’t unravel and which was defined by the Church with precise terms only later on. Now, while staying in the district of Caesarea Philippi, Jesus himself asks his disciples who the people and they themselves think He is. The apostles reply that some say he is “John the Baptist, others say Elijah, and others Jeremiah or one of the prophets” (v. 14). Thus we see how limited the human intellect is when trying to understand Jesus’ identity and mission.

But as the Catechism of the Catholic Church teaches: “Such is not the case for Simon Peter when he confesses Jesus as ‘the Christ, the Son of the living God,’ for Jesus responds solemnly: ‘Flesh and blood has not revealed this to you, but my Father who is in heaven.’”[1] Jesus makes it clear that the mystery of his Person can only be grasped if God the Father enables us to know it; or better, when he makes us ever better disposed to know it. By a divine plan, Peter has received this revelation from heaven and is thus able to confess it.

“Simon Peter finds on his lips words greater than he, words that do not spring from his natural faculties. Perhaps he did not attend elementary school, and yet he is capable of saying these words, stronger than he! But they are inspired by the Heavenly Father (cf. v. 17), who reveals Jesus’ true identity to the first of the Twelve: he is the Messiah, the Son sent by God to save mankind. And from this answer, Jesus understands that, thanks to the faith given by the Father, there is a solid foundation upon which he can build his community, his Church. Thus, he says to Simon: You, Simon, ‘you are Peter’—that is, stone, rock—'and on this rock I will build my Church’ (v. 18).”[2]

Jesus could have chosen as the foundation for his Church many other men who perhaps were more influential and talented than Peter from a human point of view. Nevertheless, he chose Simon the fisherman, whom the other disciples saw as the direct successor of Jesus, and the first among all of them.

Pope Saint Leo the Great, when commenting on this scene, put on Jesus’ lips some words that explain the primacy of Peter, his participation in Jesus’ power and his continuity throughout time: “As my Father has revealed to you my godhead, so I in my turn make known to you your pre-eminence. You are Peter: though I am the inviolable rock, the cornerstone that makes both one, the foundation apart from which no one can lay any other, yet you also are a rock, for you are given solidity by my strength, so that which is my very own because of my power is common between us through your participation. And upon this rock I will build my Church, and the gates of hell shall not prevail against it. On this strong foundation, he says, I will build an everlasting temple. The great height of my Church, which is to reach up to heaven, shall rise on the firm foundation of this faith of Peter.”[3]

Hence love for the Pope, whoever he may be, is an essential characteristic for every Catholic. “Your deepest love, your greatest esteem, your most heartfelt veneration, your most complete obedience and your warmest affection have also to be shown towards the Vicar of Christ on earth, towards the Pope. We Catholics should consider that after God and the most Blessed Virgin, our Mother, the Holy Father comes next in the hierarchy of love and authority.”[4]