Commentary on the Gospel: The Unjust Judge

Gospel for the 29th Sunday in Ordinary Time (Cycle C), and commentary. 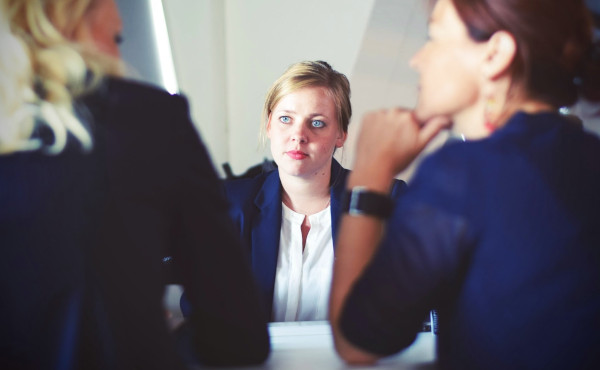 And Jesus told them a parable, to the effect that they ought always to pray and not lose heart. He said,

“In a certain city there was a judge who neither feared God nor regarded man; and there was a widow in that city who kept coming to him and saying, ‘Vindicate me against my adversary.’ For a while he refused; but afterward he said to himself, ‘Though I neither fear God nor regard man, yet because this widow bothers me, I will vindicate her, or she will wear me out by her continual coming.’”

And the Lord said,

“Hear what the unrighteous judge says. And will not God vindicate his elect, who cry to him day and night? Will he delay long over them? I tell you, he will vindicate them speedily. Nevertheless, when the Son of man comes, will he find faith on earth?”

In the previous chapter of Saint Luke’s gospel, Jesus had spoken about the coming of the Kingdom of God in the “Parousia,” in his Second Coming at the end of time. Continuing with the same topic, he now asks: “when the Son of Man comes, will he find faith on earth?” (v. 8). Why does Jesus ask them this? In the parable we have just read, he seems to suggest that many of his followers, people who pray, may not have the solid faith they need, and he wishes to teach them something.

Hasn’t it happened to us sometimes that, faced with an urgent need, we ask our Lord for help in our prayer, and we don’t seem to receive a reply? Jesus is well aware of this. He knows that some people can become discouraged when they fail to receive quickly what they ask for, and they can lose confidence in the power of prayer, and even complain about God and distance themselves from him.

With these people and also us in mind, Jesus presents a parable with two protagonists: an unjust judge and a poor widow he pays no attention to. The judge is supposed to listen to the two parties and render a just decision according to the Law of Moses. The judges, according to the book of Exodus, had to be “trustworthy and God-fearing men, and hate dishonest gain” (cf. Ex 18:21), but this was a dishonorable and unscrupulous person. While widows without resources were, together with orphans and foreigners, the weakest and most unprotected persons in society, and hence the book of Deuteronomy says that God himself “executes justice for the fatherless and the widow, and loves the sojourner” (Deut 10:18). The widow in the parable, on seeing how the judge refuses to pay attention to her, has no other choice but to keep bothering him. And the judge, who respects neither God nor man, is finally forced to give in: “yet because this widow bothers me, I will vindicate her, or she will wear me out by her continual coming” (v. 5).

Pope Francis remarked: “Let us learn from the widow of the Gospel to pray always without growing weary. This widow was very good! She knew how to battle for her children! I think of the many women who fight for their families, who pray and never grow weary. Today let us all remember these women who by their attitude provide us with a true witness of faith and courage, and a model of prayer.”[1]

Jesus draws out the conclusion of this parable following the rabbinical procedure of qal wa-jómer, which is an argument a fortiori: if this happens... it is more likely still that this other thing will happen. If an unjust judge is moved by a person’s insistence, will not God, who is an all-just and merciful Father, do justice for his children when they have recourse to him with trust.

Jesus assures us that God hears us from the very first moment, even when our prayer at first seems ineffective and we become discouraged. But prayer is not a magic wand that brings about our every wish. Our Lord always listens to us and knows our difficulties. But he knows better than we do what we truly need, and that at times it is better to delay his reply in order to give us time to discern what is best for us. Monsignor Fernando Ocariz stressed that “to take up a life of prayer each day is to allow ourselves to be accompanied, in the good moments and the bad, by the Person who best knows and loves us. Our dialogue with Christ opens up new perspectives for us, new ways to see things that are always more filled with hope.”[2]