Commentary on the Gospel: The Narrow Door

Gospel for the 21st Sunday in Ordinary Time (Cycle C), and commentary. 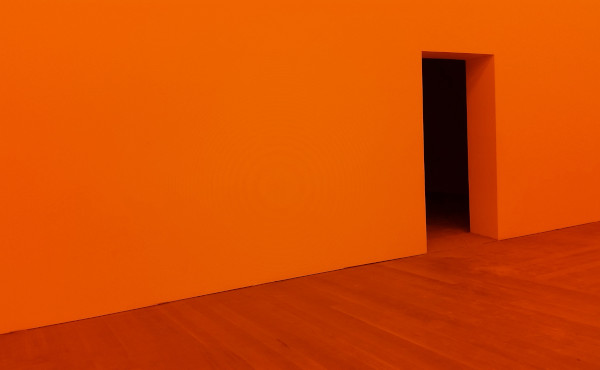 He went on his way through towns and villages, teaching, and journeying toward Jerusalem. And some one said to him, “Lord, will those who are saved be few?”

And he said to them, “Strive to enter by the narrow door; for many, I tell you, will seek to enter and will not be able. When once the householder has risen up and shut the door, you will begin to stand outside and to knock at the door, saying, ‘Lord, open to us.’ He will answer you, ‘I do not know where you come from.’ Then you will begin to say, ‘We ate and drank in your presence, and you taught in our streets.’ But he will say, ‘I tell you, I do not know where you come from; depart from me, all you workers of iniquity!’ There you will weep and gnash your teeth, when you see Abraham and Isaac and Jacob and all the prophets in the kingdom of God and you yourselves thrust out. And men will come from east and west, and from north and south, and sit at table in the kingdom of God. And behold, some are last who will be first, and some are first who will be last.”

Jesus is on his way to Jerusalem. As he walks along people come up to speak with him about their concerns.

We too are wayfarers, who are walking towards our homeland in heaven. The journey of life can be undertaken with the attitude of an unconcerned tourist whose only concern is to get as much pleasure as possible out of it. Or we can walk as pilgrims who travel lightly and quickly towards the goal, not getting distracted by all the pleasant objects along the way. But if we travel comfortably and enjoy whatever attracts us at each moment, won’t we also reach the Lord’s presence in the end? Won’t the Master who is so good and merciful gladly open the door for us and invite us to his eternal banquet? Not infrequently we meet people who are convinced that, in the end, everyone, or almost everyone will be saved.

One of those accompanying Jesus asks with a certain trepidation, perhaps reacting to what our Lord had just said: “Lord, will those who are saved be few?” (v. 23). Jesus doesn’t answer him directly but rather invites him to reflect. He tells him that the important thing is not the number, whether many or few, but rather finding the right path that leads to the door opening to salvation.

Christ himself is the door giving us access to God the Father (cf. Jn 10:9), and in communion with him we enjoy God’s mercy, protection and affection. The door is narrow because it demands from us self-sacrifice, compressing our pride, removing the burden of our faults, and losing our fear to open our heart with humility. It is narrow, but it is always wide open.

In his reply, Jesus alludes to the fact that the invitation to the banquet of eternal life is addressed to all mankind. Both poor and rich are invited, healthy and sick, the elderly and children, men and women: all are meant to receive a warm welcome. Jesus points to only one condition that is the same for everyone: ”that of striving to follow and imitate him, taking up one's cross as he did, and devoting one's life to serving the brethren.”[1]

Salvation is open to everyone, but it is not won cheaply. It involves serious matters that require acting with responsibility and effort. On judgment day we will be judged for our deeds. Simply claiming we are Jesus’ friends won’t suffice: “We ate and drank in your presence, and you taught in our streets” (v. 26). There is a heaven and a hell. The “workers of iniquity” will “weep and gnash” their teeth (vv. 27-28). In contrast, all will be welcome who have done what is good and sought justice, with self-sacrifice. God doesn’t refuse entry to anyone, but those who don’t want to enter by the narrow door will remain outside.

Pope Francis said: “I would like to propose something to you. Let us think now for a moment, in silence, of the things that we have inside us which prevent us from entering the door: my pride, my arrogance, my sins. Then, let us think of the other door, the one opened wide by the mercy of God who awaits us on the other side to grant us forgiveness.”[2]