Commentary on the Gospel: The Astute Steward

Gospel for the 25th Sunday in Ordinary TIme (Cycle C), and commentary. 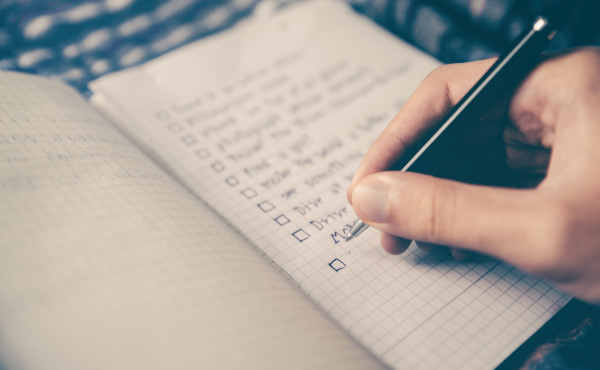 Jesus also said to the disciples, “There was a rich man who had a steward, and charges were brought to him that this man was wasting his goods. And he called him and said to him, ‘What is this that I hear about you? Turn in the account of your stewardship, for you can no longer be steward.’ And the steward said to himself, ‘What shall I do, since my master is taking the stewardship away from me? I am not strong enough to dig, and I am ashamed to beg. I have decided what to do, so that people may receive me into their houses when I am put out of the stewardship.’ So, summoning his master’s debtors one by one, he said to the first, ‘How much do you owe my master?’ He said, ‘A hundred measures of oil.’ And he said to him, ‘Take your bill, and sit down quickly and write fifty.’ Then he said to another, ‘And how much do you owe?’ He said, ‘A hundred measures of wheat.’ He said to him, ‘Take your bill, and write eighty.’ The master commended the dishonest steward for his prudence; for the sons of this world are wiser in their own generation than the sons of light. And I tell you, make friends for yourselves by means of unrighteous mammon, so that when it fails they may receive you into the eternal habitations.

“He who is faithful in a very little is faithful also in much; and he who is dishonest in a very little is dishonest also in much. If then you have not been faithful in the unrighteous mammon, who will entrust to you the true riches? And if you have not been faithful in that which is another’s, who will give you that which is your own? No servant can serve two masters; for either he will hate the one and love the other, or he will be devoted to the one and despise the other. You cannot serve God and mammon.”

This is a Gospel passage that can be somewhat disconcerting. Jesus praises the wisdom a person who, at first sight, seems to be unfaithful to his master. But if we focus on several small details in the story and consider the social milieu of Palestine back then, a possible explanation can be found that helps us to understand better what the text says.

We are presented in this chapter of Saint Luke with a figure that the simple people of Galilee and Judea would have found especially unlikable: the rich land owner who did not take much interest in the daily running of his lands, and who had left its management in the hands of a person he trusted. Normally it was the latter person who had daily dealings with the farm laborers and the wholesalers who bought the produce to sell in the neighboring villages. The steward often may have found himself in an uncomfortable position, not wanting to go against his master’s will, even when his orders were unjust, while also seeing the daily struggle to survive by the humble people working on the land.

From what is said here we can infer that this steward must have had some enemies who wanted to get rid of him, and who went to his master and accused him of “wasting his goods.” The owner, in turn, possibly with an imprudent trust in these detractors, asked the steward for a rendering of accounts, having already decided to dismiss him without even bothering to confirm the truth of the accusations.

Those listening to Jesus may have unconsciously taken the part of the steward on hearing how he reacted. In reducing the amount owed by the master’s debtors, a possible interpretation is that this amount included interest that had been unjustly added to what was owed, despite the clear prohibition against usury in the book of Exodus: “If you lend money to any of my people with you who is poor, you shall not be to him as a creditor, and you shall not exact interest from him” (Ex 22:25). Thus the amount the steward asks the debtors to pay would no longer include the unjust interest the owner had demanded. And the debtors would see in the steward’s unfaithfulness to his master a sign of his honesty and justice, and would be happy to have closer dealings with him in the future.

The steward, while unfaithful to his master, makes friends for himself through the “unrighteous riches” (the money the owner unjustly sought to make through usury). Jesus takes for granted that the steward doesn’t deserve praise for everything he does, but he holds him up as a model of prudence and wisdom in handling complicated situations, amid a corrupt environment. Thus he teaches the people that, in order to reach the “eternal habitations,” the glory of Heaven, while living in a world that is often unjust, prudence and astuteness are needed, and acting uprightly.

Pope Francis says with regard to this narrative: “Today, Jesus invites us to reflect on two opposing ways of life: the way of the world and that of the Gospel—the worldly spirit is not the spirit of Jesus—and He does so by recounting the parable of the unfaithful steward … We are called to respond to this worldly astuteness with Christian astuteness, which is a gift of the Holy Spirit. This is a matter of departing from the worldly spirit and values, which the devil really favors, in order to live according to the Gospel. How is worldliness manifested? Worldliness is manifested by attitudes of corruption, deception, subjugation, and it constitutes the most ill-chosen road, the road of sin, because one leads you to the other! It’s like a chain, even if—it’s true—it is generally the easiest road to travel. Instead, the spirit of the Gospel requires a serious lifestyle—serious but joyful, full of joy!—serious and challenging, marked by honesty, fairness, respect for others and their dignity, and a sense of duty. And this is Christian astuteness!”[1]