Commentary on the Gospel: Preparing the Way

Gospel for the 3rd Sunday of Advent (Cycle A), with commentary. 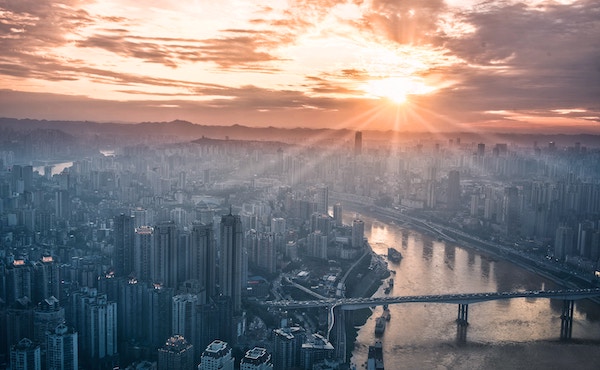 Now when John heard in prison about the deeds of the Christ, he sent word by his disciples and said to him, “Are you he who is to come, or shall we look for another?”

And Jesus answered them, “Go and tell John what you hear and see: the blind receive their sight and the lame walk, lepers are cleansed and the deaf hear, and the dead are raised up, and the poor have good news preached to them. And blessed is he who takes no offense at me.”

‘Behold, I send my messenger before thy face,
who shall prepare thy way before thee.’

Truly, I say to you, among those born of women there has risen no one greater than John the Baptist; yet he who is least in the kingdom of heaven is greater than he.”

The Gospel for the third Sunday of Advent invites us to prepare ourselves for the encounter with our Lord, guided by John the Baptist's preaching.

John and his message had made a deep impression on the people of Judah. Messianic hopes ran high that God would soon intervene to save his people. After centuries without any prophet being sent by the Lord, the austere figure of John and his call to conversion marked him as one sent by God. Especially since he wasn’t seeking to stand out himself: he announced a new and prompt divine intervention in history by someone greater than himself whose arrival was imminent.

John is the one of whom it is written in the Old Testament: “Behold, I send my messenger before thy face, who shall prepare thy way before thee.” The first part of this verse is taken from the book of Exodus (Ex 23:20) and refers first of all to Moses, who was sent by the Lord to guard and guide his people during their wandering through the desert in search of the promised land. The second part comes from a reworking of this passage by Malachi, where the messenger is no longer Moses but rather someone who will come after him, and who will also have the mission of preparing a great divine intervention: “Behold, I send my messenger to prepare the way before me” (Mal 3:1). Both texts announce an imminent saving intervention by God, who is coming to judge and save; and both invite the people to open the door of their heart so that, when he comes, he can enter and heal it. These words, which had nourished the hope of many generations of men and women in God’s people, became a reality in Jesus after the announcement by John the Baptist.

When we read these words today, as we prepare for the celebration of the birth in Bethlehem of the Son of God made Man, we too find our hope nourished, and we are invited us to prepare ourselves deeply to open our heart to him so that he can enter and make his dwelling there.

What happened to those who accepted John’s call to penance and welcomed Jesus? What everyone could testify to: “the blind receive their sight and the lame walk, lepers are cleansed and the deaf hear, and the dead are raised up, and the poor have good news preached to them” (v. 5). They experienced the healing and transforming effect of God’s action in each person.

Many of those who let themselves be healed and transformed by our Lord became good friends of his, and they too went forth to sow the peace and hope that the Master had sown in their own hearts. As Saint Josemaria said: “Our Lord continues to work such miracles now through your hands: people who before couldn’t see and now they do; people who couldn’t speak, because they had a dumb devil, and they cast it out and speak; people unable to move, paralyzed at the thought of acting supernaturally, and they break out of their torpor and become virtuous and apostolic. Others who seem alive, yet are dead, like Lazarus: ‘Iam foetet, quatriduanus est enim’ (Jn 11:39). With divine grace and the witness of your life and your doctrine, your words both prudent and imprudent, you bring them to God and they come to life.”[1]