"Marriage means leaving behind something you’re familiar with (single life) and entering into a world you may not be prepared for. That’s why prayer is so important." A new article in the series on marriage and courtship. 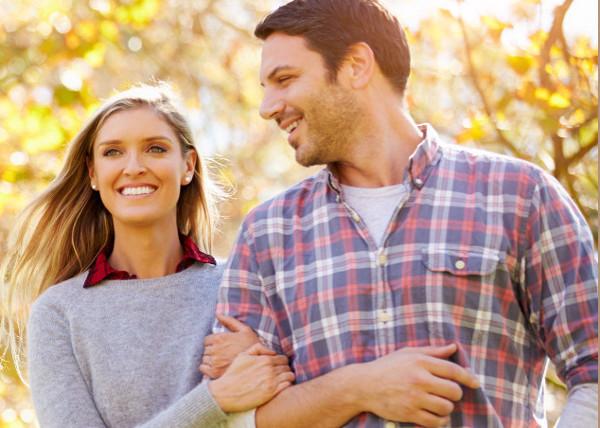 Maybe you have left home to go to another country—to travel the world, to visit relatives, to do business or to attend a conference. Maybe you were exposed to a new language and felt a little lost. Maybe you even took advantage of the trip to try learning the new language and found it harder than you anticipated. The words flow in your mother tongue. Speaking the simplest phrase in a new language feels like rock climbing. Each sentence (and maybe each word) feels like stretching arms and legs a little higher, finding a foothold, and pulling yourself up the side of a cliff step by unsteady step.

Entering marriage can be the same as learning a new language. After years of single life, you got used to making decisions on your own. You’re surprised to see how upset your spouse is when you lose track of time at work. You used to think nothing of ploughing through an extra four or five hours. Nobody cared when you walked through the door of that empty apartment. You may be just as surprised when your spouse is furious with you for spending an extra load of cash on something you really wanted. You got used to spending your entire salary every year on whatever you wanted without consulting anyone.

Marriage means leaving behind something you’re familiar with (single life) and entering into a world you may not be prepared for. Even if you knew a lot about family life as a child—because you grew up in a home where your mother and father were always around—you’re “crossing a border” when you enter into marriage. Life on the other side is defined by a new culture and a new language. You’re no longer just man / woman / citizen of the world. You’re no longer the hub of your own little universe. You’re husband / wife / father / mother.

That’s why prayer is so important. Both husband and wife each need to spend time in prayer individually. Spouses need to get together at least occasionally (even daily) to pray. It’s the way God teaches the man and woman how to read and write the language of marital love. It’s the way God introduces them into this new culture where the “you” and the “me” are supposed to be “us.” Prayer is the way God makes us feel at home in a foreign land.

Spouses begin their new life together full of enthusiasm, deeply in love. That new life can quickly become meaningless without prayer. We’ve all known people moving to a new country who never manage to pick up the new language. They feel totally out of place because they cannot communicate with their new neighbours.

Another analogy may be helpful here, within the theme of learning a new language, but this time written language. Language depends on words and words depend on letters. Every day that a husband and wife spend together is like three or four letters in a sentence. As time goes by, those letters form sentences; the sentences form paragraphs, and, eventually, the paragraphs describe the story of their lives together.

With that idea in mind, look at these two strings of letters. In these two groups, the letters (and the number of spaces) are identical but the order is not:

2) IN THE BEGINNING GOD MADE HEAVEN AND EARTH

If the husband is always going in one direction and the wife is going in her own direction, their life together ends up looking like that first string of letters. They may be living their lives as a family in the sense of living under one roof. But everything ends up jumbled and meaningless. When they try to talk to each other, the man and woman both feel as if the other doesn’t understand. Even when they try to agree on how to best take care of their children, they have trouble finding common ground.

For your average husband, a typical day at work may involve routinely (perhaps heroically) handling an environment where immodesty, crude conversations and marital infidelity are the norm. In a promiscuous society, any man who manages to walk through the front door of his house having pushed away all those temptations may assume he deserves a badge of honour. In one sense he does. But he is still messing up the order of things if he fails to focus on taking care of his wife and children.

For your average wife, a typical day at work may involve routinely (perhaps heroically) juggling competing responsibilities where she feels as if her career and her family are facing each other in a boxing match. In a consumerist society, any woman who manages to hold it all together without losing her mind deserves an Olympic medal. She’s a marathon champion who can push herself beyond endurance. But she is still messing up the order of things if she uses her husband as a verbal dumping ground for all her troubles and anxieties.

Again, it’s like a string of letters that can mean something or mean nothing. Without prayer, the letters drift out of order and become confused. What used to make sense sounds garbled. Both husband and wife feel empty and start looking for happiness outside: in their possessions, in their careers, and maybe in an affair.

Does this mean that couples who pray live in state of ecstasy? Obviously not. It means something more down to earth. Prayer teaches them a simple lesson. Marriage takes an enormous effort and it’s worth the effort. It’s worth the effort to keep sacrificing whatever has to be sacrificed for each other and for their children.

The words of Saint Josemaria should also serve as an encouragement to couples who follow this path: “Far away on the horizon heaven seems to meet the earth. Do not forget that where heaven and earth really meet is in the heart of a child of God”[1]

Pope Saint John Paul II put it this way: “The words Jesus used when promising to be present among us can be applied to the members of a Christian family in a special way: ‘Again I say to you, if two of you agree on earth about anything they ask, it will be done for them by my Father in heaven. For where two or three are gathered in my name, there I am in the midst of them.’”[2]