Victoria López-Amo is the woman who has been in Opus Dei the longest. Last May she turned 100. A Guatemalan citizen of Spanish origin, Victoria loves life and still has a few things left to accomplish. 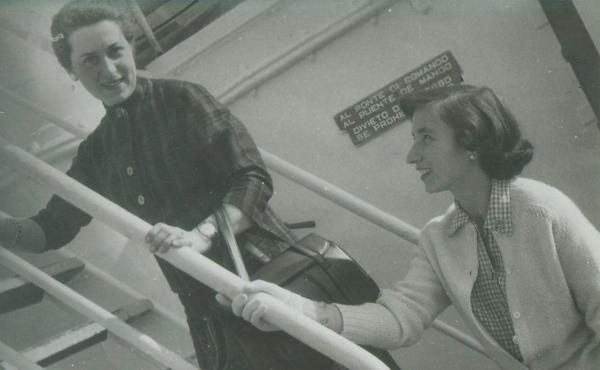 Victoria in Naples, boarding the plane on her way to Guatemala.

After residing in Italy for 11 years, Victoria moved to Guatemala on 9 May 1958. Three years earlier, the first women had arrived there to begin the apostolic work of Opus Dei in Central America. The same year she arrived, Victoria acquired Guatemalan nationality, with all its consequences. Like a good Guatemalan, she looks forward to at least one "tamale" a week, and her daily tortillas and black beans.

A woman with a joyful spirit, a sparkle in her eyes and an excitement for life, Victoria comes from a family known for its longevity. Her parents, both teachers, decided to move to Valencia so that their children could access better education, especially the university. Nine months ago, she celebrated her 100th birthday with great energy and joy.

Victoria enjoys the present moment with a passion. After a recent change of government in Guatemala, Victoria was eager to watch the inauguration on television. Recently, she has been preparing for the 90th anniversary of the moment Saint Josemaria understood that God wanted women to be in Opus Dei.

What a victory we will achieve!

She remembers it as if it were yesterday: 23 March 1944. On that day, Victoria's brother, Angel, introduced her to Saint Josemaria. Soon after hearing him describe the vocation to sanctify ordinary life, Victoria requested admission to Opus Dei. As soon as she introduced herself, Saint Josemaria jokingly remarked, making a play on Victoria's name: "What a victory we will achieve!" The next morning, he celebrated a Mass of Thanksgiving for her vocation at the altar of Our Lady of the Forsaken, just for her and her brother. During the following months, Victoria was put in charge of the administration of the university residence on Samaniego Street. 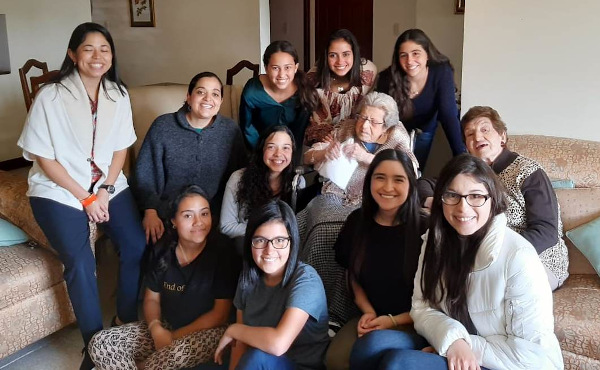 Victoria asked to join Opus Dei four days after Blessed Guadalupe Ortiz de Landázuri, and since then she has dedicated her life to making Opus Dei a reality. As a good teacher, she developed a great capacity to give classes of spiritual, doctrinal and professional formation--in the latter case, especially in the culinary arts. She has a great gift to describe events in a way that makes her listeners feel like they were there themselves, with her vibrant tone and the gratitude with which she recalls them. In all the places she has lived, she has taught young people and older women who are married, of all ages and social conditions.

Victoria set out to do God's will and ended up doing things she would never have imagined possible. She feels she is putting into practice Saint Josemaria's words: "Dream and your dreams will fall short." In Madrid, Victoria worked in the administration of the Moncloa Residence, where 118 university students were staying. She was in charge of the kitchen, "feeding 118 hungry young men, three times a day!" At first, it took her several minutes to peel just one potato; soon though, she gained enough experience that the potatoes were dancing through her hands. At the time, there were no electric appliances: cake batter, for instance, was beaten by hand. 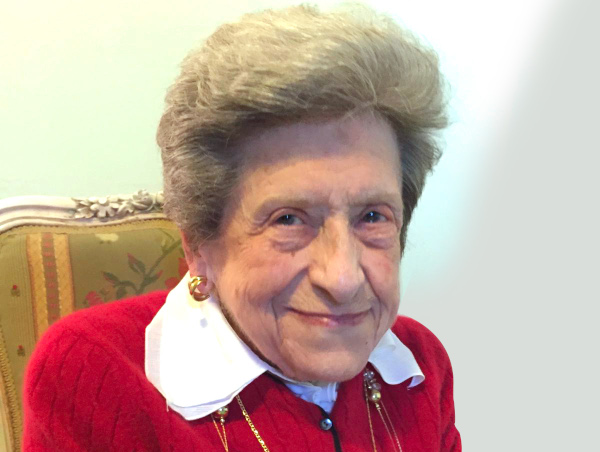 Victoria returned to this line of work once again in Salto di Fondi, a farm on the Italian coast. She had gone there to start the apostolic activities in Naples, which were now well underway. Blessed Alvaro del Portillo had helped purchase this property, where members of Opus Dei who came to Rome could go to rest and acquire a deeper formation.

"Not surprised by anything"

Victoria soon understood that, in the Work, “one should not be surprised by anything. God asks for something, He gives you the grace, and things move forward in a wonderful way.” When there was only one center in Madrid, Jorge Manrique, Victoria heard Saint Josemaría say that they--a handful of young women--would help start fashion schools, schools for farmers, universities, medical clinics and many other initiatives. She never doubted that what the founder affirmed, in his eagerness to extend the kingdom of Christ throughout the world, would become a reality. 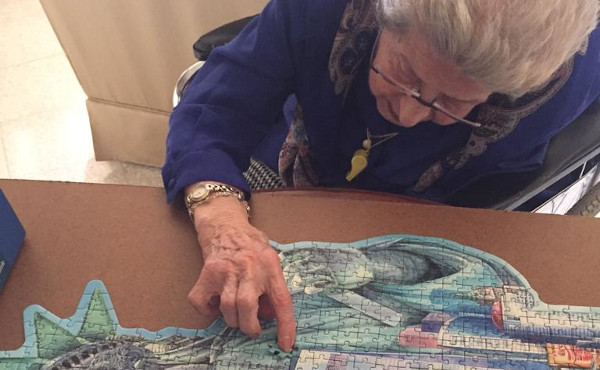 When she arrived in Guatemala in 1958, she found that there was only a small residence in the center of the city. Sixty-one years later, she has seen the apostolic work grow and how what she heard from Saint Josemaría has become a reality: the educational and formative undertakings in Central America for young girls, peasants and professionals, the Isthmus University and so many other initiatives.

At the age of 100, she is confident she will still have time to see “some more little surprises” in the growth of Opus Dei in the region. "The Work is a sea without shores," she insists, echoing Saint Josemaría. To those of us who are lucky enough to know her, Victoria teaches us that we can remember and give thanks for the past, live passionately in the present, and be eager to live each day that God wants to give us.