"The Church is there for them"

Dominic Kimengich is the Bishop of Lodwar, a diocese in northern Kenya, in an area prone to war conflicts with many refugees. He speaks about the pressing needs of the refugees, especially those from South Sudan.

An article published in Aceprensa, Spain, 18 September 2017, by Luis Luque.

Kakuma is a refugee camp administered by the UN in Turkana, where the Bishop is involved with both material and spiritual help given to very vulnerable people. He speaks to us about the situation there, after returning from a pilgrimage to the Way of Saint James, which was a great experience for him.

Bishop Kimengich, who is a member of the Priestly Society of the Holy Cross, said that he “is returning to his country with a greater commitment to be available to his flock, helped by the teachings of Saint Josemaria Escriva, in order to seek sanctity with my people in ordinary life.” 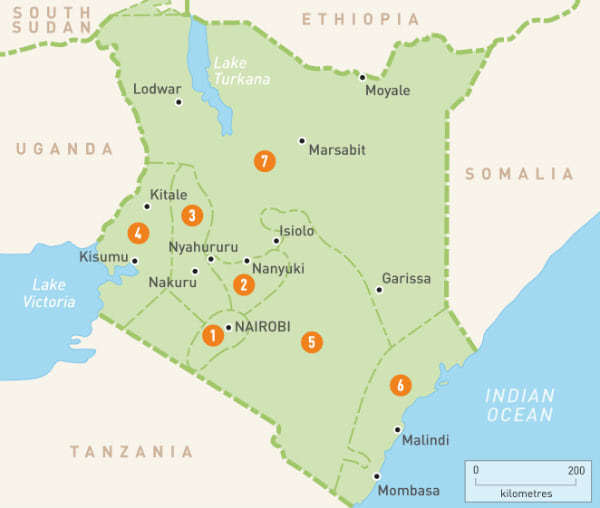 — They are mainly refugees from Somalia, South Sudan, Rwanda, Burundi, Congo and Ethiopia. The situation is getting worse every day because of the present war in South Sudan. As a matter of fact, a new camp has been opened because Kakuma is full. There are about 200,000 refugees there already and the number keeps on increasing. The increasing tensions in Burundi are also forcing many refugees to flee to Kakuma.

— What is your diocese’s involvement in the camp? What type of help are you providing?

— As a diocese we have a parish in the middle of the camp, called Holy Cross Parish, for the spiritual needs of the refugees, as well as for their education, because thousands of children are there. We interact with the refugees and help them to organize themselves. There is also the Jesuit Refugees Service (JRS) that provides education to the refugees. It is also involved in looking after the residents, especially those from South Sudan who are mostly Christians. The Somali are Muslims and we don’t interact much with them, although there are some nuns who, at one point, were teaching English to some Somali women. The Salesians of Don Bosco run the parish of the Holy Cross in the camp. They have three priests and some brothers who run a vocational school. They look after 4,000 young refugees who attend courses in tailoring, electronics, mechanics, electrical circuits, etc. The total number of religious personnel and lay people working for Church’s institutions in the camp is about 20 people.

— What are the main needs of the people in the camp?

— Although the UN helps with food and shelter, the situation is dramatic because many people escaped from their countries carrying nothing. They need clothes, furniture, education, etc., and, of course, specialized personnel to look after them. Many of them suffered traumas and bad memories, and need psychological support. The material needs are immense, because we are talking about 200,000 people. Regarding food, they get basic nourishment, but they need something extra. Children need milk and other nutritional meals. It is a truly dramatic situation. 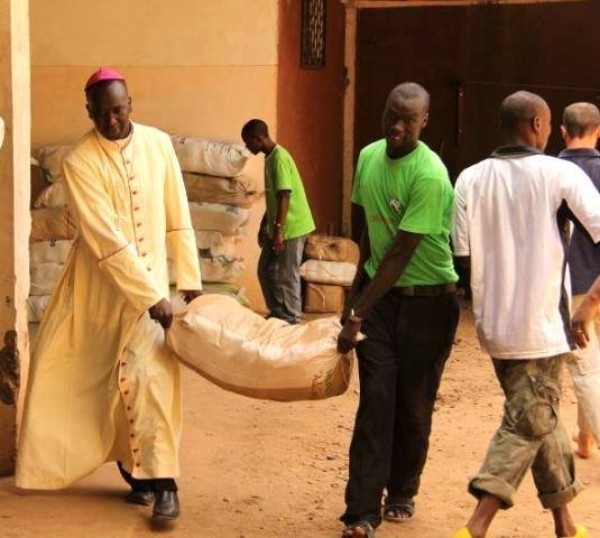 — How do the refugees see the efforts of the Church in the camp?

— They appreciate what the Church is doing for them, because the Church is there for them. NGOs come and go, but we remain there all the time. We live with them, listen to what they have to tell us and try to help them. That is why they value greatly what the Church does, the care, the contact, the listening to people who need to be cured spiritually. Especially when they arrive in the camp and we welcome them we become a point of reference. Of course, they can make use of the offices of the UN and other bodies, but they see the Church as a caring mother interested in looking after them, as a place they can trust and where they can find peace.

— Are there Muslims in Kakuma? Is there violence between the religious communities?

— The Kenyan Police and other security agents guarantee a high level of security. On the other hand, the camp is divided in such a way that the Somali are in one area, the South Sudanese in another, the Congolese in another, etc. This helps, first of all, to give them a sense of identity. However, once some refugees from Burundi fought with a group of Sudanese, from the Nuer tribe. But thanks to the presence of the police and quick response by the authorities peace was restored.

— Could you tell us some stories about the people who live there?

— A number of them acquire skills in the camp that they then teach to others who come later to the camp. This is very positive. Many of those who come to the camp are emotionally wounded because their relatives were killed. They are helped to cope with this situation and are offered advice to become integrated in the camp. They come broken at heart, with traumas, unable to sleep, but here they find security and people who support them and care for them.

— What has been the government of Kenya’s answer to the situation in the camp?

— They have authorized the establishment of another camp next to Kakuma. Two years ago the authorities threatened to close down the camps. If this decision had been implemented, the refugees would have had nowhere to go. What I can tell you, however, is about Kakuma: instead of dismantling the camp, they have authorized the UN to set up another camp. And they have guaranteed more security there, which is positive.

— Are there other Christians working with the refugees?

— Catholics are not the only ones helping out. The World Lutheran Federation is also working there, and the Kenyan National Council of Churches. Each organization gives the best it can. In these humanitarian matters there is more unity between the Christian churches than in other matters. There is an effort to manage situations, so as to help people. In Kenya we have a good working relationship among the churches, and also with the Muslims.

— What about help from Catholics from other countries?

— I have to say that there has not been much. For example, the Salesians who work in the camp would normally receive help from their own Congregation. On the other hand, we made a request for help to other dioceses in Kenya when the South Sudan civil war started, and they gave our diocese funds and food to distribute. The photo where I appear carrying sacks of maize has to do with this help that was sent from Nairobi to the refugees. However that was only once. The needs are still there and therefore they should do more.

— And the Catholics in Europe and the USA?

— I have not seen any direct help from Europe or the USA. I have to say that I am a bit disappointed in this respect. The solidarity shown by these churches is not seen clearly. We would like to have more volunteers, priests, religious and lay persons who want to help the refugees. But we see little of it. The personnel now there are too few to provide adequate support to the thousands of refugees.

— Is this your main appeal?

— Yes. When we see the refugees and the many Christian South Sudanese who are suffering we have to do more and give them more support. I don’t know how to channel this, whether through Rome or in some other way, but we would like to see more help coming.

Anyone who wishes to help the bishop with the relief efforts can contact him directly at this email address: bishopdominic.kimengich@gmail.com