"Holiness is in the ordinary"

An article on Venerable Guadalupe Ortiz published by the Catholic News Agency. 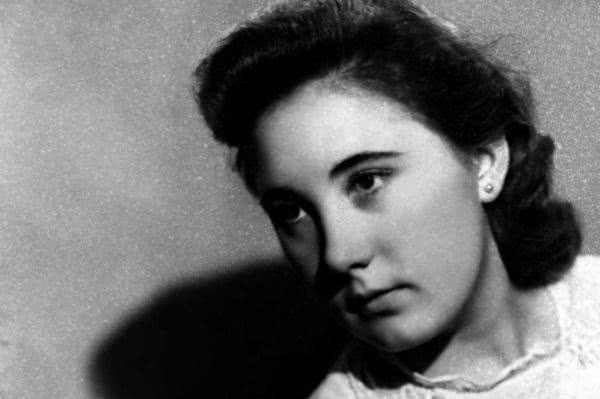 Guadalupe Ortiz de Landázuri, a Spanish member of Opus Dei who is moving toward beatification, teaches us that sanctity can be found amidst chemistry books and classrooms, said a priest leading her cause.

Spanish priest Fr. José Carlos Martinez de la Hoz, who is responsible for the canonization causes of Opus Dei members in Spain, said that Guadalupe’s life contains a simple message: “Holiness is in the ordinary.”

“She became holy giving chemistry classes, being a good professor, and this tells the rest of us that we can achieve the same in an ordinary life,” he reflected.

In June, Pope Francis authorized the Congregation for the Causes of Saints to publish the decree approving on a miracle attributed to Guadalupe’s intercession.

The miracle involved a 76-year-old man suffering from a malignant skin tumor near his eye. After praying to Guadalupe in 2002, the tumor instantaneously and inexplicably disappeared.

In addition to this recognized miracle, Martinez de la Hoz said “there are many favors from people who start to lose hope and Guadalupe has given them back peace, thanks to the patience that she had.”

Guadalupe was born in Madrid in 1916. She studied chemical sciences and was one of five women in her graduating class.

She met St. Josemaría Escrivá, the founder of Opus Dei, in early 1944. According to Martinez de la Hoz, “one Sunday in 1944 when she was at Mass in the church of the Conception on Goya Street in Madrid, she became distracted and heard the voice of God inside telling her that although she had a boyfriend, he had something else prepared for her. She left Mass impacted by this and knew that was God's call.”

“On the tram going back home after Mass, she met Jesús Hernando de Pablos, a family friend, and she asked him if he knew of any priest she could talk with. He gave her St. Josemaría's contacts and she started to go to him for spiritual direction,” the priest told ACI Prensa, CNA's Spanish-language sister agency.

St. Josemaría Escrivá taught her that Christ can be found in professional work and ordinary life.

“I had the clear sensation that God was speaking to me through that priest,” Guadalupe would later say.

Martinez de la Hoz noted that “when Guadalupe discovered her vocation at 27, she had a boyfriend, was a chemistry teacher and lived with her mother. From that time on, she was in good spirits because of the intimate conviction of doing what God wants.”

On March 19, 1944, Guadalupe joined Opus Dei as a numerary, committing to celibacy and complete availability for the work of the prelature. Numeraries normally live in an Opus Dei center. However, she did not go to live at a center, but settled into an apartment with her mother, who needed care due to her advanced age.

During her first years as an Opus Dei member, Guadalupe worked primarily in the Christian formation of young people in Madrid and Bilbao. She was later sent to Mexico to begin the apostolic work of Opus Dei there.

In 1956, she settled in Rome, where she worked with St. Josemaría in the administration of Opus Dei. After two years, because of health reasons, she moved back to Spain, where she again took up teaching and scientific research. She then finished her doctoral thesis in chemistry.

Martinez de la Hoz said that what stood out about Guadalupe was “her smile, her good humor, her laughter...She was a woman who preferred to not dwell on the negative, and who completely trusted in God.”

The priest emphasized that what really brought Guadalupe to sanctity was her patience as a chemistry professor.

At the same time, she continued to work in Christian formation in Opus Dei. In all her actions, she reflected her strong desire to love God in her work, her friendship and with a deep joy that radiated peace and serenity, he said.

Guadalupe died of heart disease in Pamplona, Spain on the feast of Our Lady of Mount Carmel in 1975. She was 59 years old and at the time of her death held a reputation of sanctity. Favors attributed to her intercession were quickly reported.

Her beatification cause was begun in the Archdiocese of Madrid in 2001, and was sent on to Rome in 2006.