Cured of My Back Pain

My back pain became so intense that I could barely even move. And one day, it all changed... 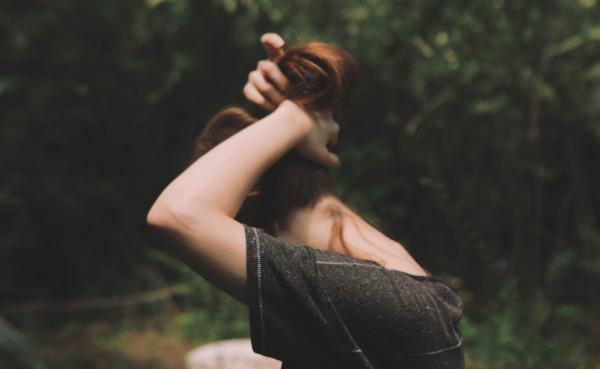 I have been struggling with back pain for quite some time. My enemy was very well positioned over the years, and its garrisons consisted of tiny artillery causing classic osteoporosis, while an armoured battalion crushed my vertebrae, leaving in its wake arthrosis of the spine that typically appears with age. I have never worked in the military, but I view my back pain as an enemy to my good humor and cheerfulness, adversely affecting the persons I love.

Normally, the pain was not too strong nor incapacitating, so I used to get away with the small skirmishes of the challenge. However, on 23 September 2018, I noted the appearance of pain in the back of my neck. The discomfort continued and a few days later, upon waking up, a deep pain seared through my entire spine, preventing me from getting out of bed. I live alone since my mother died, and I had no way to ask for help. I did not know what to do; I could not even move. After a few hours, I was able to move slowly and do basic things.

The following day, I managed to go to the doctor after tremendous effort, which left me exhausted on a chair of the waiting room. When my number appeared on the screen, I found that I could not get up, I had run out of strength and the pain was so intense that I could not even move my hands. After a few minutes, the doctor left her office, surprised by my absence. She called my name and I told her I was right there, but that I could not move. The doctor helped me in and sent me from there to the hospital to have my x-rays done as soon as possible. The end result was a lot of painkillers and a bunch of medical terms that came to say that with my age and the condition of my back there was little to do, just let the painkillers act and continue in the fight for the battle of joy.

Days passed by and the enemy continued to rage. Thank God I have some wonderful sisters who are attentive to my needs. One of my sisters encouraged me to attend the ceremony of welcoming the mortal remains of Guadalupe Ortiz de Landázuri to the Royal Oratory of the Knight of Grace, in Madrid. I told her that it would be impossible for me to attend because of my condition. Later on, however, I said to myself: I have to get out of the trench.

The next day, I got up with the courage to face the challenge of attending the event. It was October 5th when I first prayed before Guadalupe's remains. I suffered a lot of pain waiting in the line that formed to venerate the future Blessed, I could not even move my arms, I walked like a robot. I went to the urn, I kissed her and I asked Guadalupe for help so I could move on, knowing I still could do a lot in this life. I went back to my seat and tried to attend the rest of the ceremony as best I could.

Two days later, on October 7th, I was in the living room of my house semi-reclined and surrounded by a mountain of cushions, when I suddenly noticed a "click" in the back of my neck and a feeling of tremendous relief and wellbeing seep through my entire body. I could not believe it. I was able to take a shower, get dressed, and go for a walk on the street. I was overjoyed! I could even go up and down the stairs, and I repeated it several times in disbelief. From not being able to carry things in my hands nor walk from my room to the kitchen, I was now walking down the street, going up and down stairs, buying and carrying things to celebrate it.

At first I did not think about Guadalupe, but I was fully aware that all my back pain disappeared with that "click". I also experienced a sense of goodness and calm, as if a grace from God had touched me, as if Our Lady were kissing me, as a push to keep going, although there was still work to be done. All these thoughts fluttered in my mind, seeking the meaning of this gift obtained from the unmerited mercy of God. It was then when I realized in a clear and obvious way that it had been Guadalupe’s intercession. Immediately, I started to thank her. Also, as if to confirm her intercession, one of my sisters sent me two photos that had been published on the Opus Dei website, showing me waiting in line to venerate the remains of Guadalupe as well as the exact moment that I kissed her urn.

Since then I have always been able to talk with Guadalupe. I ask her for everything and I call her my "friend", because I know that she is. Now we are together in this battle of life, wanting to do more things and I want others to know about this friend who helped me. I know that everything I do to show my gratitude for this miracle will be insufficient, but at least my testimony leaves evidence of the wonderful intercession of this holy lay woman, attentive to the needs of us still fighting here below.

► Click here to send the story of a favor received.

You can also email ocs.es@opusdei.org.

► Click here to donate to support Guadalupe’s cause of canonization.

Alternatively you can send a transfer contribution to the bank account of the Cooperators’ Association of Opus Dei: