On one occasion you spoke of an “authentic feminism.” What does that mean? 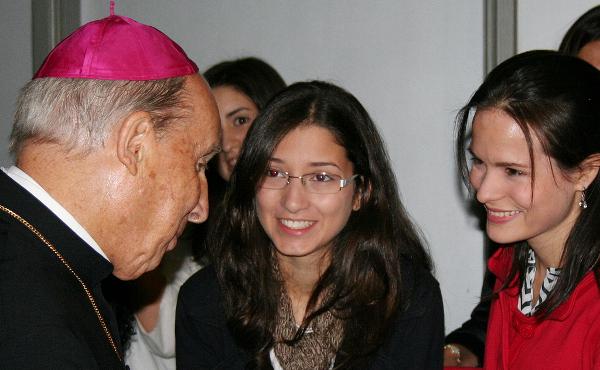 John Paul II called feminism a substantially positive reality in the Letter he sent to women last June. Doubtless, there have been recent distortions damaging to women. But we can say that they have been secondary effects. The important thing is that the situation of women in the world has been greatly improved.

So when I speak of authentic feminism I am referring to everything that serves the cause of women. On the path of feminism I see traces of the sexual revolution and the fear of having more children that divert the liberation of women from its true ends. This means that true feminism has many objectives still to be attained. Women frequently find themselves degraded by violence, both in their homes and in society, deprived of equal access to education and culture, and treated disrespectfully as inferior. The heart of true feminism is obvious enough: to take more seriously the dignity of women. This is very different from forms of feminism—usually aggressive—that treat sex as anthropologically and socially irrelevant, as something purely physiological.

Taking seriously the dignity of women has to spread first of all among women themselves by eradicating all forms of inferiority complex. This requires calling things by their names and rejecting, for example, everything that is conducive to the shameful business of pornography; the sad and mistaken affirmation of a “right” to abortion; the social disgrace—also deeply offensive to God—of divorce.

Men, too, have to take seriously the dignity of women in order to wipe out all deceptive thinking about male superiority and all desires for domination. It is clear that while feminism is delineating a new model of womanhood, men must also learn to look upon and treat women in a new way.

Our Lord, infinitely just and infinitely wise, created man and woman with distinct missions both capable of being sanctified. To try to change that order is of no avail. We are witnessing how it only leads to greater alienation and misunderstanding of our humanity.