On his way to Mexico 50 years ago, Saint Josemaria landed at the Madrid airport on 14 May 1970. Some journalists were eager to interview him there. Javier Ayesta, who accompanied him that afternoon, tells us what happened during those hours. 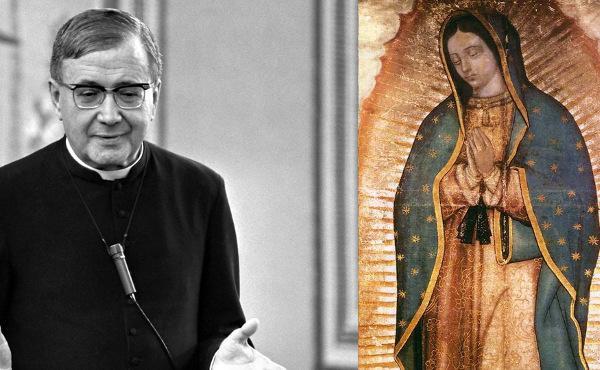 The journalist Javier Ayesta, who lived in Madrid, recounts that on the morning of 14 May 1970 “we heard that several journalists from Madrid and German TV were going to the airport to interview the Father [Saint Josemaria] during his brief layover at the Madrid airport on his trip to Mexico.”[1] Javier was asked to come to the airport and help the Founder of Opus Dei deal with the journalists.

Saint Josemaria, accompanied by Alvaro del Portillo and Javier Echevarría, had left Rome on the morning of Thursday, 14 May, on his first trip to America. “The Father came on an Iberia flight, which arrived about an hour late, since each suitcase had to be examined in Rome because of the terrorist attacks during those days. They landed around 3:30 in the afternoon, and had about an hour and a half before their departure to Mexico on a Mexican Airlines flight from Paris.” Since the Paris flight arrived in Madrid late, at 5:25, the departure for Mexico suffered an additional delay. Javier Ayesta, as a good journalist, takes care to record that Monsignor Escrivá was waiting in a small room, “next to exit six of the International Terminal.”

Upon his arrival in Madrid “the Father was wearing a clerical suit as was Don Alvaro. When they got off the plane the journalists starting taking photos of him, and he chatted with the journalists in a friendly and joking manner. He blamed them for having the bad taste to take photos of him now, when he was an old priest, saying they should have done so when he was twenty years old, when he was handsome. My colleagues laughed, amazed to find a man who instead of being stern and formal, was cordial, affectionate and lively.” A German journalist “asked him to say a few words and the Father, while the cameras were clicking, told him that he was only a simple priest. And he ended by asking him to pray for him to always be a good priest, which left the German amazed.”

After the journalists left, Ayesta continues, “Don Alvaro asked me to accompany him for a moment and then told me to go into the small waiting room, where we spent more than five hours with Father. What did he talk about? Nothing solemn. It was five hours of jokes, pulling people’s leg, comments about the trip, about a large map decorating the waiting room, anecdotes of the apostolate in so many places… He was so eager to undertake the trip! His face was radiant, although he also wasn’t looking forward to the 10-hour plane trip awaiting him; he tried not to sit down the whole time, to compensate for the long hours of sitting that awaited him. We drank water and orangeade, since the dryness of Madrid was affecting him. That was our only nourishment.” 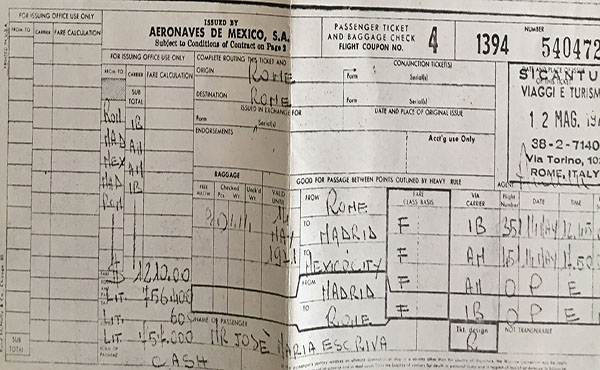 Regarding his trip to Mexico, the Father said that the idea “was quite old, but that his determination to go had been quite sudden, because, he said, you have to think things through carefully but then you have to lead with your heart, like lovers, who if they worried about weighing everything, would never make up their minds.” The journalist continues in his letter: “The journey is not a whim, but the result of the Father’s eagerness to pray for the pressing intentions he has in his hands: the future of the Work and the problems of the Church.”

While waiting to board, “delays began to occur, blamed on technical causes, but then the truth came out: the flight attendants were refusing to leave if their labor issue wasn’t resolved.”

Finally it was time to board: “We accompanied them across the tarmac to the plane. We said goodbye to the Father, while Don Alvaro asked us once again to pray for the trip. And then we went to a terrace to watch the takeoff, aware that this first trip of the Father to America was historic. What an apostolic impulse for those countries!” Mexican Airlines flight number 451 finally took off: “It was five minutes to nine. We saw the plane slowly turn towards the west, headed for its stopover in Miami and arrival in Mexico City at 3:00 in the morning.”