Commentary on the Gospel: The Parable of the Sower

Gospel for the 15th Sunday in Ordinary Time, and commentary. 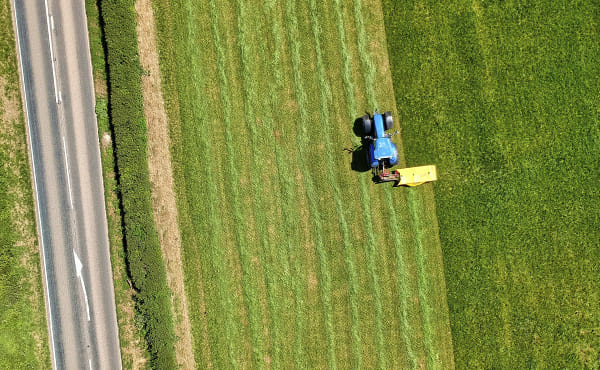 That same day Jesus went out of the house and sat beside the sea. And great crowds gathered about him, so that he got into a boat and sat there; and the whole crowd stood on the beach. And he told them many things in parables, saying:

Then the disciples came and said to him, “Why do you speak to them in parables?” And he answered them,

“To you it has been given to know the secrets of the kingdom of heaven, but to them it has not been given. For to him who has will more be given, and he will have abundance; but from him who has not, even what he has will be taken away. This is why I speak to them in parables, because seeing they do not see, and hearing they do not hear, nor do they understand. With them indeed is fulfilled the prophecy of Isaiah which says:

“But blessed are your eyes, for they see, and your ears, for they hear. Truly, I say to you, many prophets and righteous men longed to see what you see, and did not see it, and to hear what you hear, and did not hear it.

The parable of the sower is the first in the series of seven parables on the Kingdom of God in the Gospel of Matthew. It provides us with a marvelous metaphor of the preaching of God's word throughout history. The parable explains why the very same seed of the Gospel produces such different effects in people, since each receives it according to their own dispositions.

With the different types of soil that the seed finds on falling, Jesus sums up the various types of people in the world. He thereby presents us with an opportunity to examine what we can do to improve our own response to his message. Pope Francis said regarding this parable: “our heart, like the soil, may be good and then the Word bears fruit—and abundant fruit. But it can also be hard and impermeable. This happens when we hear the Word but it bounces off of us, just as on a street: it doesn’t enter our heart.”[1]

Between the good soil and the bad there is also the rocky ground, which represents “the superficial heart: it welcomes the Lord, wants to pray, love and bear witness, but does not persevere; it becomes tired and never ‘takes off.’ It is a heart without depth, where the rocks of laziness prevail over the good soil, where love is fickle and fleeting. Whoever welcomes the Lord only when they want to does not bear fruit.”[2]

Finally, there is the seed that falls among thorns, which are “the vices that fight with God, that choke his presence: above all these are the idols of worldly wealth, living avidly, for oneself, for possessions and for power. If we cultivate these thorns, we choke God’s growth within us. Each of us can recognize his or her big or small thorns, the vices that inhabit the heart, those more or less deeply rooted briars that God does not like and that prevent us from having a clean heart. It is necessary to tear them out, otherwise the Word cannot bear fruit, the seed will not grow.”[3]

The disciples asked Jesus why he spoke in parables. The Master tells them that that He is preaching the “secrets of the kingdom,” which are difficult for people to understand directly. Hence He uses figurative language with images familiar to his listeners that refer in a hidden way to the mysteries of the kingdom.

In his explanation to the disciples, Jesus says: “For to him who has will more be given, and he will have abundance; but from him who has not, even what he has will be taken away” (v. 12). These words can unsettle us because they seem unjust. But Jesus is trying to explain to them that those who do not receive the Gospel and grace with good will, become incapable of understanding it and of receiving more. While those who docilely let themselves be transformed by God's word (as the disciples did) not only receive the grace of conversion, but become fit to receive still more graces.

The words Jesus cites from Isaiah also can surprise us: “lest they should perceive with their eyes, and hear with their ears, and understand with their heart, and turn for me to heal them” (v. 15). In reality, our Lord is employing irony here to lament that his listeners are fulfilling by their own free will Isaiah’s prophecy, despite our Lord’s eagerness to save them. Even though many witnessed his miracles and perhaps had more capacity than the Twelve to understand his words, they freely turned a deaf ear to his message and fell into a voluntary blindness.