Commentary on the Gospel: The Door of the Sheep

Gospel for the 4th Sunday of Easter (Cycle A), and commentary. 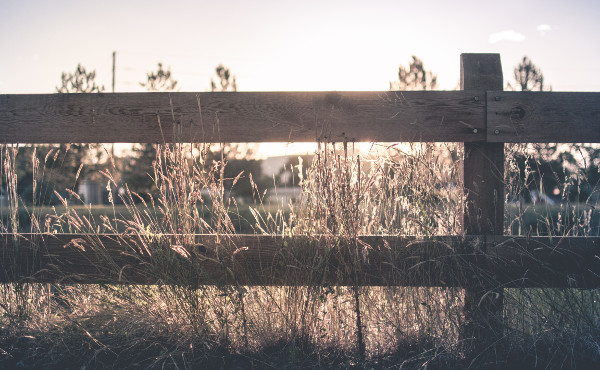 “Truly, truly, I say to you, he who does not enter the sheepfold by the door but climbs in by another way, that man is a thief and a robber; but he who enters by the door is the shepherd of the sheep. To him the gatekeeper opens; the sheep hear his voice, and he calls his own sheep by name and leads them out. When he has brought out all his own, he goes before them, and the sheep follow him, for they know his voice. A stranger they will not follow, but they will flee from him, for they do not know the voice of strangers.”

This figure Jesus used with them, but they did not understand what he was saying to them.

So Jesus again said to them, “Truly, truly, I say to you, I am the door of the sheep. All who came before me are thieves and robbers; but the sheep did not heed them. I am the door; if any one enters by me, he will be saved, and will go in and out and find pasture. The thief comes only to steal and kill and destroy; I came that they may have life, and have it abundantly.”

Jesus makes use of a well-known image from the Old Testament—that of the shepherd who watches over his flock. But before presenting Himself as the Good Shepherd, Jesus says that “I am the door of the sheep” (v. 7).

Just as God had done with the people of Israel, so too in the Church He will rely on “shepherds” who care for his “sheep.” And only the one who leads the sheep to the true “door” who is Christ will be a “good shepherd.” Anyone who tries to lead them to another place is a “charlatan” who shouldn’t be trusted, since “he who does not enter the sheepfold by the door but climbs in by another way, that man is a thief and a robber” (v. 1).

Jesus says clearly that a bad shepherd “climbs in” by another way, using a word that implies trying to enter a place where one shouldn’t go. Thus He warns against the danger of “making use of” the Church and of the position that one holds in it for personal gain. The prophet Ezekiel had already denounced this attitude: “Ho, shepherds of Israel who have been feeding yourselves! Should not shepherds feed the sheep? You eat the fat, you clothe yourselves with the wool, you slaughter the fatlings; but you do not feed the sheep. The weak you have not strengthened, the sick you have not healed, the crippled you have not bound up, the strayed you have not brought back, the lost you have not sought” (Ezek 34:2-4).

Benedict XVI, in a homily given in 2009 for the inauguration of the Year for Priests, said: “How can we forget, in this regard, that nothing causes more suffering for the Church, the Body of Christ, than the sins of her pastors, especially the sins of those who become ‘thieves and robbers’ of the sheep (cf. Jn 10:1 ff.), who lead them astray by their own private teachings, or ensnare them in the toils of sin and death? Dear priests, the summons to conversion and to trust in divine Mercy also applies to us; we too must humbly, sincerely and unceasingly implore the Heart of Jesus to preserve us from the terrifying risk of endangering the very people we are obliged to save.”[1] Hence it is important for all of us to pray that priests truly be holy and that good shepherds may never be lacking in the Church.

As Pope Francis said: “Christ, the Good Shepherd, became the door of mankind’s salvation, because he offered his life for his sheep. Jesus, Good Shepherd and door of the sheep, is a leader whose authority is expressed in service, a leader who, in order to command, gives his life and does not ask others to sacrifice theirs. One can trust in a leader like this, as the sheep who heed their shepherd’s voice because they know that with him one goes to good and abundant pastures. A signal, a call suffices, and they follow; they obey; they begin to walk, guided by the voice of the One whom they feel as a friendly presence, strong and mild at once, who calls, protects, consoles and soothes.”[2]

The good shepherd is the one who, following Christ’s example, humbly serves the others, and does not seek himself. “Allow me to give you a piece of advice. If ever you lose the clear light, always turn to the good shepherd. And who is the good shepherd? ‘He who enters by the door’ of faithfulness to the Church’s doctrine and does not act like the hireling ‘who sees the wolf coming and leaves the sheep and flees’; whereupon ‘the wolf snatches them and scatters them.’ Reflect on these divine words, which are not said in vain, and on the insistence of Christ who so affectionately speaks of shepherds and sheep, of the sheepfold and flock, as a practical proof of the need that our soul has of a good guide.”[3]