The Prelate in Nigeria: Love for God, not age, makes us mature

With reference to the forthcoming Synod on the vocation of young persons, the Prelate held up the example of the young Apostle John, explaining that many young people have the supernatural and natural maturity to make commitments. 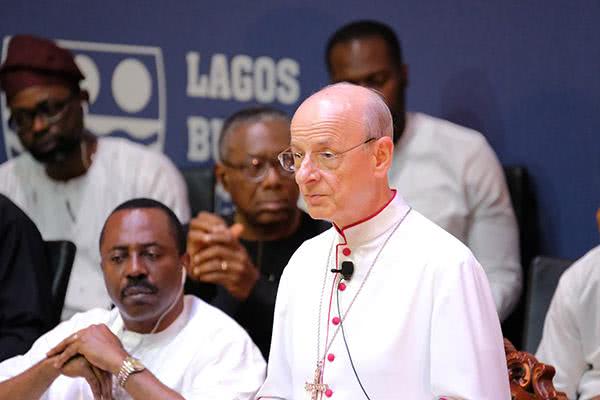 July 22 was day four of the one-week visit to Nigeria of Monsignor Ocariz, the Prelate of Opus Dei. He began the day by celebrating Mass for some of his spiritual children at at 7.30 am. In his brief homily he commented on the responsorial Psalm: “The Lord is my shepherd, there is nothing I shall want”, which he described as a divine invitation to check whether we often find ourselves desiring to have things we do not presently have. Recognizing that we may sometimes find ourselves in less than pleasant or desirable situations, Msgr. Ocariz invited everyone to consider that nothing can be lacking to one who has Christ the Good Shepherd. He then recalled an expression that was a favourite of St. Josemaria Escriva the founder of Opus Dei, “If God is for us, who can be against us?”, concluding that Christians have the world as their inheritance and therefore to have Christ, and through him the entire world is also our inheritance. We can therefore never be in want of anything. 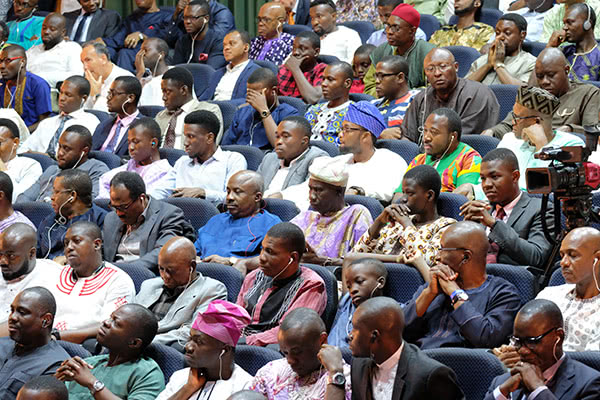 At 9.30 am, he gave a spiritual talk to some faithful of the Prelature and their friends at the chapel of Whitesands School, Lagos. Many of those attending travelled from several parts of the country to listen to the Prelate. After the talk Msgr. Ocariz met briefly with the management of Whitesands Secondary School, its pioneer Principal and board members of Ikota Educational Foundation (IEF), the promoters of the school.

Welcoming the Prelate, the Chairman of the Board said that Whitesands School did not exist when Msgr. Ocariz accompanied the then prelate Bishop Javier Echevarria to Nigeria in 1999. Since that time however, not only Whitesands, but two other schools in Eastern Nigeria have been set up by the foundation.

In his remarks the Prelate insisted on the importance of giving good example and being truly good friends of our friends. These, he said, is a more consistent and convincing argument in support of the Christian ideals we hold and cherish.

Shortly after the meeting at Whitesands, the Prelate went over to the Lagos Business School where he had another get-together at the school auditorium with some professional men of different ages. As he entered the auditorium, the more than 450 people present welcomed him with a popular local song. 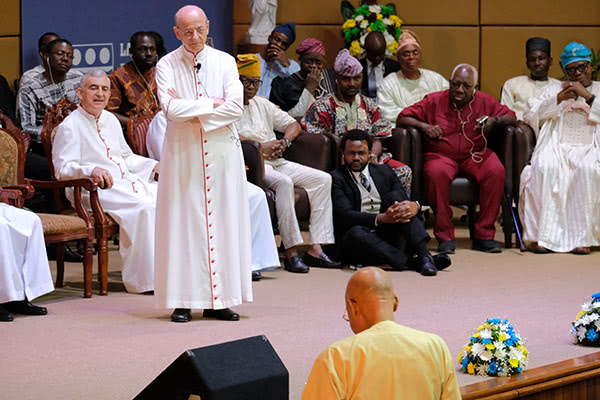 The Prelate began by reminding all present about the supernatural ‘daring’ and courage of St. Josemaria Escriva who was undaunted by difficulties. When faced with God’s demands St. Josemaria was convinced that the “impossible” would happen, such as the aspiration to heroic holiness. Like St. Josemaria, he said, we too should have the same conviction. Considering Opus Dei’s specific mission of spreading the universal call to holiness, the Prelate encouraged those present to make Opus Dei more widely known, in Nigeria for starters, for the greater good of souls.

On the coming Synod for young people on vocation and discernment which has proposed Venerable Montse Grases as a model, one of the questions was on how to help parents understand and support their children’s vocation, whenever these sense that God is calling them in a special way. The Prelate mentioned St John the Apostle, as an example explaining that several young people have the supernatural and natural maturity to make commitments. He said further that maturity is not dependent on how old one is, for otherwise all old people would be wise and holy. Maturity comes rather from being close to God. Parents need to be helped to understand their children’s vocation and be grateful to God.

Since he arrived Nigeria he had been repeating to the faithful of Opus Dei that “Opus Dei is in our hands”. Someone in the audience wanted to know what exactly he meant by this phrase. The Prelate explained that, apart from striving to obtain the material resources need for apostolic projects, the first consequence of Opus Dei being in “our hands” is the concern that each person should feel for the others. This concern for the needs of one’s immediate neighbors would then, he concluded, be translated into an increased feeling of responsibility for the spread of Opus Dei’s message all over the world. First though, he emphasized, each one must strive to be personally holy, making the centre of this spiritual struggle love for Jesus Christ.

Before giving his final blessing, the Prelate urged all present to pray for the Pope and the Church not only at Mass but always. The get-together ended with the Prelate leading the Angelus.