Tekeleza is a Kiswahili word that means ‘to achieve’. The program, under Kianda Foundation, has been running for two years and has seen over 200 teenagers go through it. It aims at helping young girls understand themselves, lead themselves and influence others in order to create positive change in the world. The program has been run in Nairobi, Kisumu and Kitui. 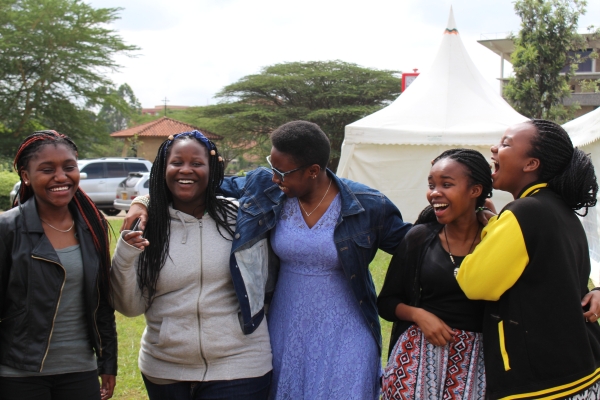 The session begins with a game known as charades. The participants are divided into two groups, with each group having to guess a word from an acted clue. It draws deep laughter as what is acted is simply comical and miles away from the actual word. This introduces the communication module, one of the sessions covered by the Tekeleza Leadership Program. By the end of the three hours, the teenagers acknowledge that sometimes communication between them and the parents is limited. They say that though their parents earnestly strive to monitor, limit, and provide, a large number of them feel that their parents do not connect with them. This lack of connection has adverse effects on their growing minds. 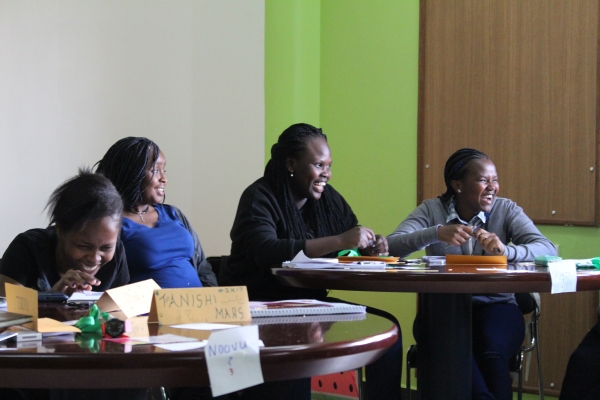 Tekeleza is a Kiswahili word that means ‘to achieve’. The program, under Kianda Foundation, has been running for two years and has seen over 200 teenagers go through it. It aims at helping young girls understand themselves, lead themselves and influence others in order to create positive change in the world. The program has been run in Nairobi, Kisumu and Kitui. In Kitui County, the sessions were organized for the top students in schools under the Catholic Diocese of Kitui. Students from this area are affected by poverty and other social problems which make it hard for girls to remain in school. The one week they spent over the April holiday instilled in them the importance of concentrating on their studies for the present so as to enjoy a secure future.

The program takes them through twelve modules that cover personality, responsibility, academics, healthy dating relationships, fashion and inner beauty. Teenage years are a time to discover oneself and these sessions provide a period of deep introspection. The sessions are effective because they are crafted in a language the teens are able to identity with through the use of interactive group discussions, videos, and role plays. 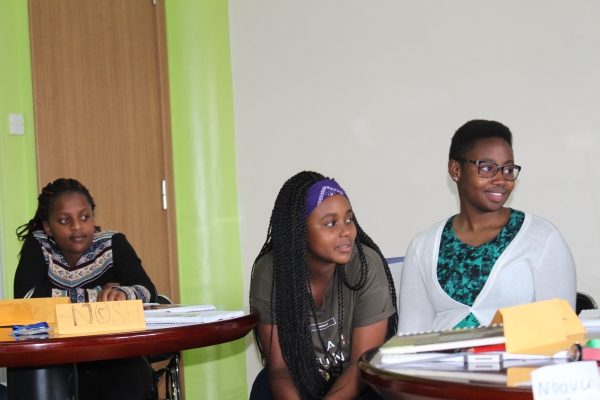 The module on healthy dating relationships gets us into a discussion on human sexuality. A few have had candid conversations on this with their parents. One of the participants described the close-knit relationship she has with her mother. They spend an enviable amount of time together shopping, cooking or having a meal, and during these moments the topic naturally comes up. She therefore has no qualms discussing this with her mother. However, majority learn about it from their peers and the internet as this is still a taboo topic in the home. This makes the exposure to pornography a grave risk; their view on sexuality also gets easily distorted and heavily influenced by what they watch and hear. There are questions asked during this session that demonstrate how much information the teenagers already have access to when it comes to this topic.

Another module is dedicated to discovering fears. Some of the most common fears among the teens, other than spiders and snakes, are loneliness, rejection, failure and one’s own death and that of loved ones. These fears echo those that Pope Francis mentions in his message for the 33rd World Youth Day: “An ‘underlying’ fear that many of you have is that of not being loved, well-liked or accepted for who you are. Today, there are many young people who feel the need to be different from who they really are, in an attempt to adapt to an often artificial and unattainable standard. They continuously ‘photo-shop’ their images, hiding behind masks and false identities, almost becoming fake selves. Many are obsessed by receiving as many ‘likes’ as possible. Multiple fears and uncertainties emerge from this sense of inadequacy. Others fear that they will not be able to find an emotional security and that they will remain alone.”

At the end of the program, the participants take stock of all that they have learnt and targets they would like to achieve. A participants from Kitui, in a written note said, “It has helped me know more about myself; my strengths and my weaknesses. The programme was all about being a social being, improving your moral values and becoming a leader in school, at home and in the community. I would like to begin a Tekeleza club in my school so that I can pass on to others what I have learnt.’