Prelate of Opus Dei in Nigeria: Like a melting ice-capped mountain

Helping highly placed people to be professionally competent and virtuous have the same benefits of an ice-capped mountain, which with the appearance of the sun, melts and waters the valleys below. 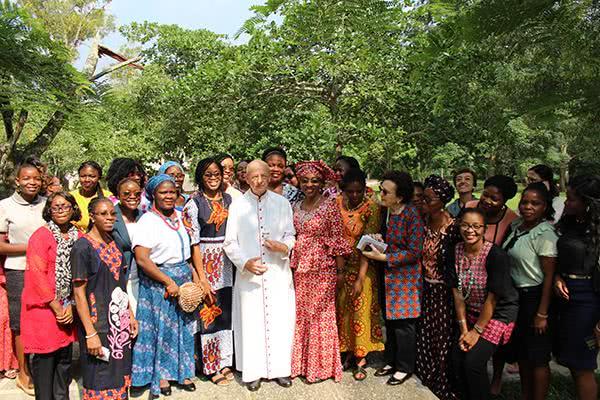 On Day 5, Monday 23 July 2018 Msgr. Ocariz visited the main campus of the Pan-Atlantic University. The first activity of the day was the blessing of a new grotto of Our Lady of Perpetual Help. The Prelate of Opus Dei encouraged all those present at the brief ceremony to have a great devotion to the Blessed Virgin Mary, to whom they should endeavor to present all their needs. He then led everyone at the end to sing the Marian hymn, Salve Regina. 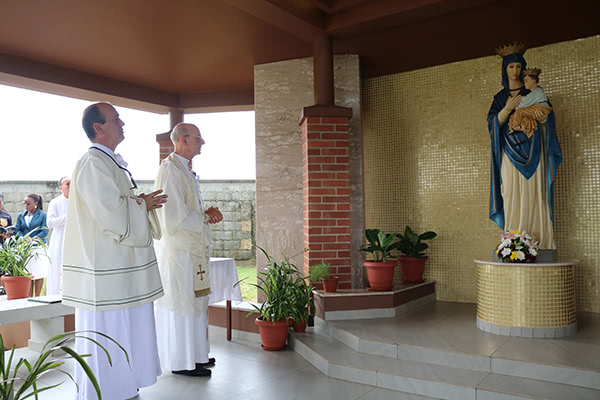 Following a brief tour of some university facilities, the Prelate had a get-together with the members of the Pan-Atlantic University Foundation (owners of the school), the Governing Council and other heads of units. The interchange between Msgr. Ocariz and those present began with a welcome remark by the Chairman of the Board of Trustees, who also wanted to know what expectations Msgr. Ocariz’s predecessors had when they encouraged the foundation of the University as well as the Lagos Business School.

The Prelate responded by using the analogy of an ice-capped mountain, which with the appearance of the sun, melts and waters the valleys below. This he said is why it is important to provide adequate formation in professional competence and in virtues to those who occupy high positions in society, business and government. When people are formed humanly, professionally and spiritually; when they are taught to be concerned about the problems of the society, how to work and think, it affects the different aspects of their lives and contributes to the common good. Concern for the common good, beyond personal interests, should govern people’s actions, the Prelate concluded, as this is a sure way to find lasting joy and happiness that we all seek. 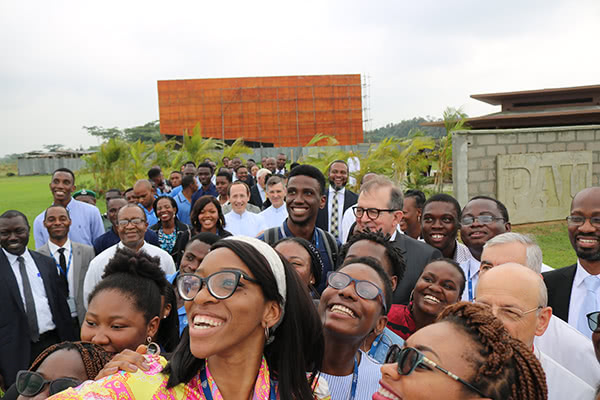 He added that although a project like the Pan-Atlantic University is inspired by the Christian conception of man’s dignity, the formation given there should respect the freedom of everyone, he added.

He spoke as well on how best to educate people in freedom, a lesson that should take place in and out of class. Teachers should help people they educate do everything inspired by love, because only love can surmount the most difficult situations. He explained further that freedom is not the absence of constraints, nor of limitations and is not the ability to do whatever one felt like doing. True freedom should be a question of choosing what is objectively true and good, the recognition of which should be an objective of complete education.

Msgr. Fernando Ocariz also touched on the importance of taking decisions collegially, and to have the courage to correct when necessary, always inspired by love for the person corrected. 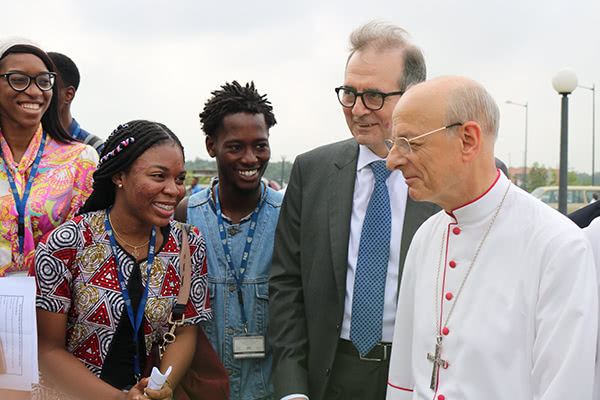 Before leaving the campus, he visited Eleko Study Centre, a residence for men and blessed Aster Hall, the residence for women, which is still under construction, planting a tree at each location.

His next port of call was the Iroto Conference Centre, Iloti, in Ogun State (43km from the university) Many people from Iloti and neighbouring villages came to the streets to welcome him, dancing and singing to the tune of Ekabo (Yoruba for “welcome”). On arrival, he went to pray briefly before the statue of Our Lady in the garden of the Conference centre. There was more singing and dancing as the Prelate went into the Iroto Conference Centre building,

He began by reminding all those present that serving and helping others brings joy to everyone. Two teachers from the Iroto School of Hospitality and Lantana School of Hospitality told him about their students. He replied by encouraging teachers to be true friends of their students despite age differences. On this last point of friendship, Msgr. Ocariz encouraged people to develop deep friendships and to be truly concerned about the good of others.

In response to a question about the meaning of suffering, the Prelate said that salvation was wrought through the Cross and that it is a mystery that we do not fully understand. “One can find peace, even in the midst of suffering, when one unites them to Christ’s Cross,” he added.

Several people present recounted interesting and funny family events and asked him to pray for their families and friends. The short get-together with Msgr. Ocariz was livened with a folk song for warriors sang to the accompaniment of some local drums.

At the end of the get together, and before blessing those present, he reminded everyone to pray for the Pope. He was asked to return to Nigeria soon and was seen off with more Nigerian songs and accompanied by musical instruments, thus ending the visit on the same vibrant and festive note with which it began.

Before the day ended, Msgr. Fernando Ocariz had a last get together with some faithful of the Prelature during which he requested them to pray fervently for Venezuela and Nicaragua, countries currently going through some difficult situation.