In his first visit to Nigeria as Prelate he celebrated Mass in Nigeria and had several meetings.

Friday July 20 was the first full day that the Prelate of Opus Dei, Msgr. Fernando Ocariz spent in Nigeria. He celebrated his first Mass in Nigeria for some faithful of Opus Dei at about 8 am, and then had some informal meetings with several of his Nigerian children.

The Father was very happy to be in Nigeria and expressed this on many occasions, saying how much he has longed to come here. He described Nigeria as a country with great potentials and that its most important resource and wealth are its more than 170 million people. 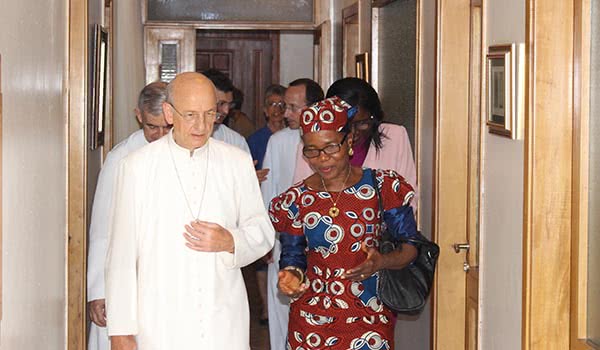 The many Nigerians he met had several things to tell him and to show him, expressing their joy at having the Father on Nigerian soil after 19 years. The Prelate on his part had many words of his own to share. He encouraged them to remain as friendly as they are, and to love very much the freedom of other people. An important expression of this love for freedom, he said, is the need to listen actively to other people. 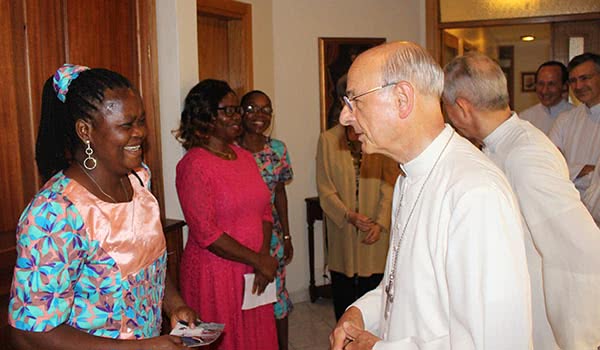 For those who occupy positions of authority, Monsignor Ocariz reminded them that authority is service. Therefore, those who are in charge of others should not be afraid or ashamed to ask for forgiveness when they make mistakes. Asking forgiveness does not undermine, but rather strengthens their authority.

The Father’s words about vocation were particularly poignant in a country that is half Christian (Catholics and non-Catholics) and half Muslim. He said that everybody has a vocation, including non-Catholics as well as Muslims. As God does not abandon anyone, the question people should ask themselves is not whether they have a vocation, but rather what calling from God is theirs.